MUSIC FOR THE PEOPLE

Tickets on sale Friday 10am!

After the recent split of his band Augustines, singer-songwriter William McCarthy, is ready to embark on his second solo tour, titled Music For The People, in the spring of 2017.  While Augustines played their final run of shows last autumn, McCarthy can’t keep his feet still. Currently based in Berlin, he will tour Germany once again in April doing what he does best – telling stories, singing songs he’s written over the past decade and a half, as well as reading from his journals.

McCarthy also invites his fans to support his future projects – a podcast titled “Onward with William McCarthy live from Berlin”, new music and a book – via the crowdfunding website patreon. It isn’t charity; not a virtual cap being passed around.

It is a platform through which you invest little and often in me as an artist and access far more my work than I have shared before – you will get new music, you will get exclusive content and, more than ever, you will get my time.

Anyone who’s ever been to an Augustines show knows how close McCarthy is to the audience.When playing with his band Augustines, he frequently plays a couple of tunes unplugged right at the centre of the audience.

These exclusive shows promise to be intimate and unique, and offer fans the chance to get up close and personal McCarthy, who will performing his brutally honest songs in a bare, stripped back setting. A life story, in one night through song. 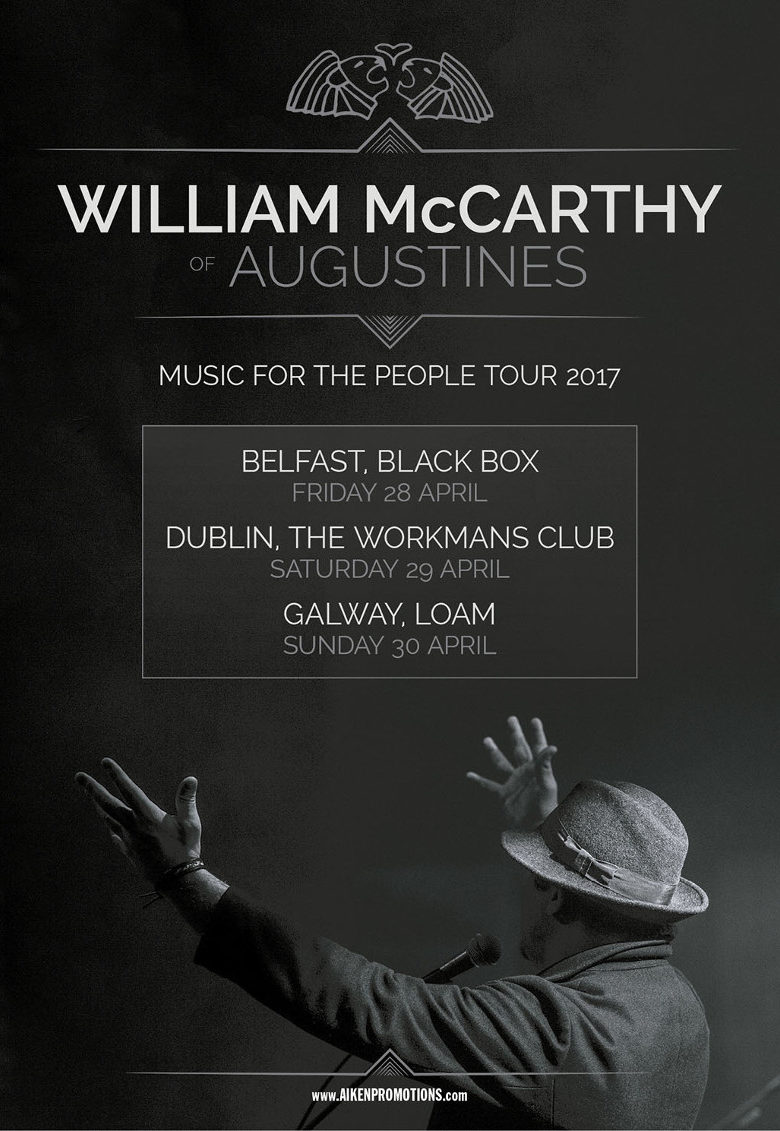