The May Banker FREE Party

By now, you know that we love bank holidays and we love throwing a sweet party for all y’all. So, on Sunday, 30 April, it looks like the stars have aligned again! We’ve got a savage night of live music, some brilliant DJs and a mad-load of craic (that’s an official unit of measurement, by the way). Grab yer pals and head on into our gaff.

From 8 bells we’ve got 3 awesome bands who’ll be BRINGING it to our Main Venue stage. First up, Be Curious, Kid. This 3 piece instrumental post-rock band spent the last year gigging extensively around Dublin and honing their live show. They reckon their live show sounds like a bucket of wrenches falling on a tin roof (their words, not ours!) and you don’t want to miss ‘em.

Next, the very great Bodies! Bodies began as a the solo project singer/guitarist David Anthony, who recorded the debut album with contributions from members of deadly Irish bands like Squarehead, Blooms and Overhead, The Albatross among others. Bodies make vocal led atmospheric guitar rock & have now expanded to a 4 piece live band, Their debut single “Nightmoves” was released to critical acclaim in December with a Christmas themed horror music video starring Eddie Jackson(Game of Thrones).

Finally, topping off our live music, we’ve got Just Mustard. This 5 piece band combine influences from noise, shoe-gaze, trip hop, ambient electronic music and lo-fi . Since forming in 2015 they have established themselves as a formidable live act who’s sound veers from soft ethereal melodies and a wall of sound, They released their debut EP in 2016 and are planning a full length LP for release later this year.

Following the live music, you can stay on in the Main Venue ‘cause we’ve got the chance for you to unleash yer inner singing diva and join in on the always-mega-lolcano, The Workman’s Karaoke Club.

If busting some serious moves is your bag, head upstairs to catch some alternative tunes, psych sounds, Manchester bands and indie anthems from Trev (Workman’s Saturdays / Somewhere) in the No. 9 Bar.Upstairs to the right, we’ll be bringing you a raucous set of 80’s, 90’s, 00’s Guilty Pleasures by the most wondrous Edward Porter.

There you have it, more bank holiday shenanigans and good times than you can shake a stick at. And ALL FOR FREE.

Followed by The Karaoke Club 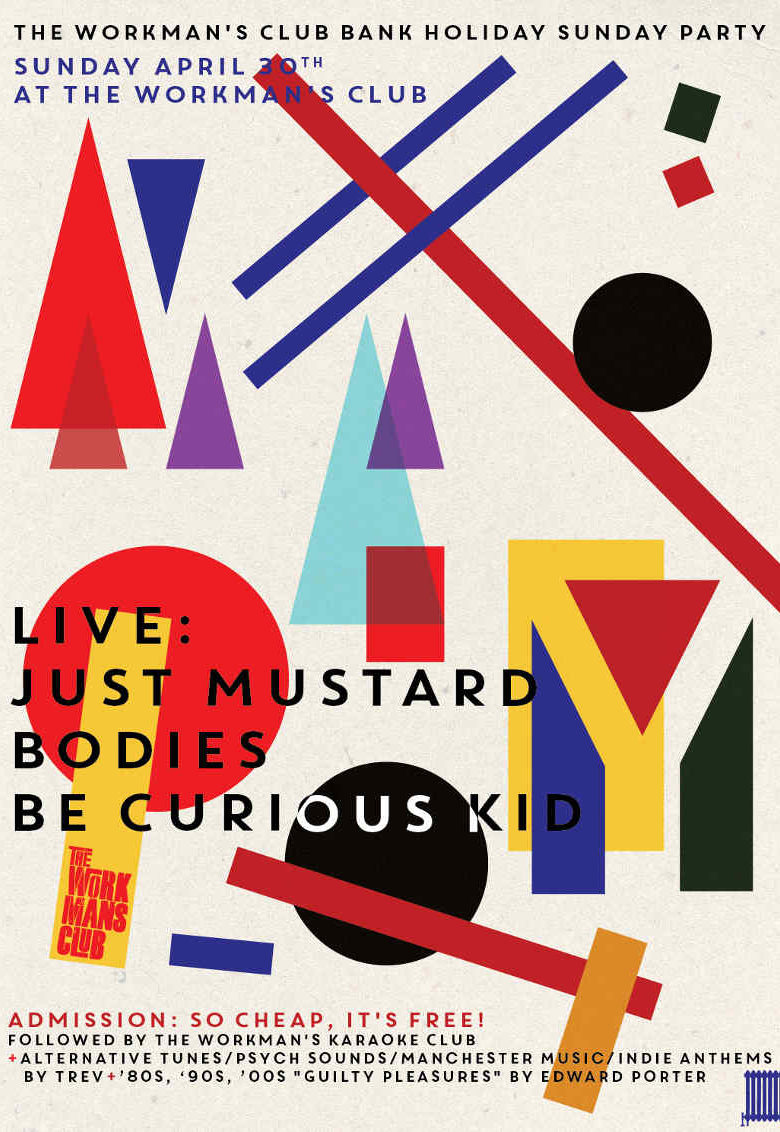