“Her thrilling, tightly wound post-punk guitar is glazed by her Nicoish impressionistic vocals… Long may Le Bon continue to weird up the rulebook.” The Guardian – 4 Stars ****

With her much-anticipated fourth album Crab Day out now on Turnstile, CATE LE BON has unveiled a video to new single ‘Wonderful’. Directed by regular collaborator Casey Raymond and shot in Berlin, the video features our heroine performing an idiosyncratic freeform dance-cum-exercise routine. Of the video Cate says: “Wonderful is an awkward love song accompanied by an equally awkward video. I threw up my lunch.” Click HERE to watch.

Recorded at Panoramic House studio, West Marin, California last spring, Crab Day was produced by Noah Georgson and Josiah Steinbrick. According to Cate: “Crab Day was lovingly formed in the mouth of the Pacific Ocean, as it quietly mocked us with its magnitude. It’s the sound of the ‘accidentally on purpose’ coming together of the right people at precisely the right time in an environment that furnished and fuelled the abandonment we felt effortlessly. It’s a coalition of inescapable feelings and fabricated nonsense, each propping the other up. Crab Day is an old holiday. Crab Day is a new holiday. Crab Day isn’t a holiday at all.”

To accompany Crab Day’s release, Cate recently spent time in Berlin where she shot a film directed by visual artist and film-maker Phil Collins. A trailer for the film was recently revealed and can be viewed HERE.

“Since rising to attention with 2009’s Me Oh My, Cate Le Bon has turned out four albums of otherworldly guitar pop, of which Crab Day is surely the best yet.” Uncut – 8/10

“Crab Day pivots le Bon well away from the sound of the 60s – hitherto her broad frame of reference – towards exciting new territory, riffing on late 70s post-punk and beyond.”

“Le Bon is weird, but weirdly brilliant. If you like the idea of Nico backed by Wire, Syd Barrett and Television playing XTC songs, Crab Day is for you.” Sunday Times

“A record chock full of hooks, lyrical images and melodies that stick. She seems gifted with a singular vision which, perhaps mystifying to the uninitiated, remains clear throughout.”

“Defiantly idiosyncratic… Crab Day is a more manic and unusual creature than its predecessor. Songs such as Find Me and Yellow Blinds have a charming home-made feel to their lopsided gearshifts, jerky movements and quirky surrealism… Post-punk as reimagined by Bagpuss creator Oliver Postgate.” Q

“Now a cherished indie institution, her fourth album has the usual abundance of ideas… a wonderfully disordered junkshop of a record and a pleasure to explore.” The Observer

“The Welsh singer-songwriter lives musically at the edge of things, an old-fashioned indie zone where wonky guitars and droning rhythms express kinship with Velvet Underground and Stereolab. But her songs are also catchy and moreish.” Financial Times – 4 Stars ****

“Somehow both retro and futuristic, Crab Day reveals a singular vision and exhibits confidence and charm… A characterful, captivating blast from a peculiar psyche.” PROG

“There’s poetry to be found in every pocket… With a musical palette that continues to revel in experimentation, Cate Le Bon is a dab hand at holding a warped mirror up to life, and reflecting things in unexpected ways.” DIY – 4 Stars ****

“The queen of Welsh psych-folk.” MOJO

“Le Bon is a singer with an ability to carry surrealist imagery and pure melody through her low, sonorous tones… The Kate Bush-like Whats Not Mine is sweet, the plaintive Love Is Not Love is simply beautiful.” The Times 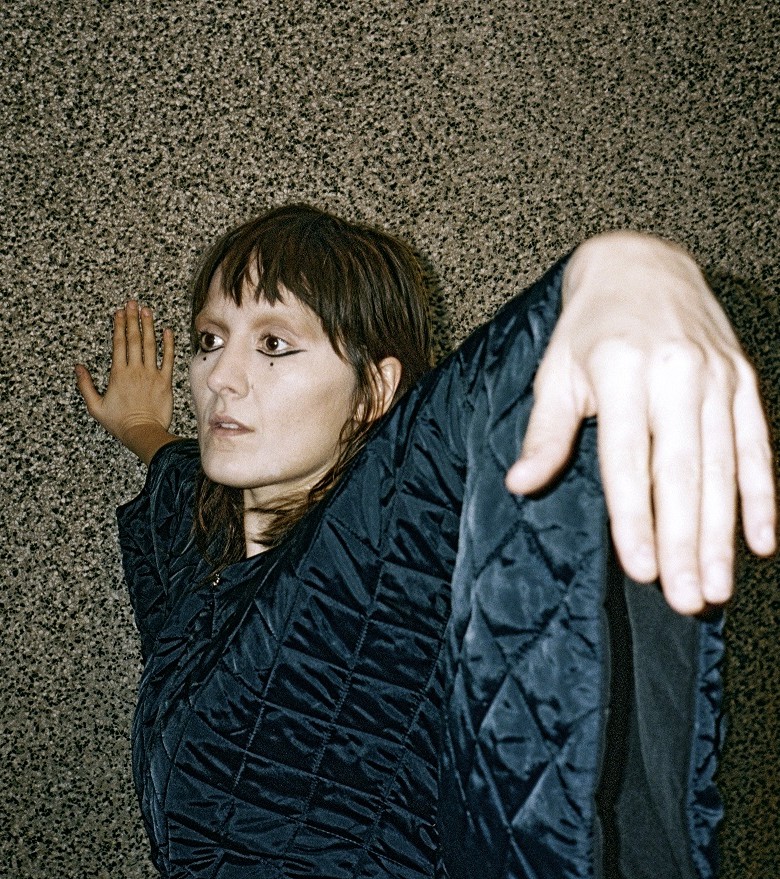