Chad Ubovich began ripping through the rock scene in 2011 as guitarist for Mikal Cronin and, eventually, bassist in FUZZ. In between tours, he spent his time recording and playing shows around Los Angeles under the name Chad and the Meatbodies. In 2012, Ty Segall released some of Chad’s bedroom recordings via cassette tape on his GOD? Records imprint. The tape was well received and people began to see Chad was more than just a sideman to his heavy hitting comrades. In 2013, In The Red took notice of Chad’s crunching, grinding sound and added his band, now simply called Meatbodies to their roster.

For the first Meatbodies LP, titled Meatbodies, Chad chose to record in San Francisco, utilizing the foggy, psychedelic atmosphere provided by its surroundings, as well as the powers of master studio magician Eric “King Riff” Bauer. Chad busted out an album worth of songs, barely leaving the technicolor underground quarters of Bauer’s trippy sanctuary. Chris Woodhouse took on the mixing, giving the songs final touches of controlled chaos. The end result is a sonic experience that is truly evocative of its auteur. Unabashed, unrestrained, beautiful and strange. Meatbodies are going to dominate your eyes and ears and give you a bang over like you’ve never had before. Check out the video for Tremmors right here 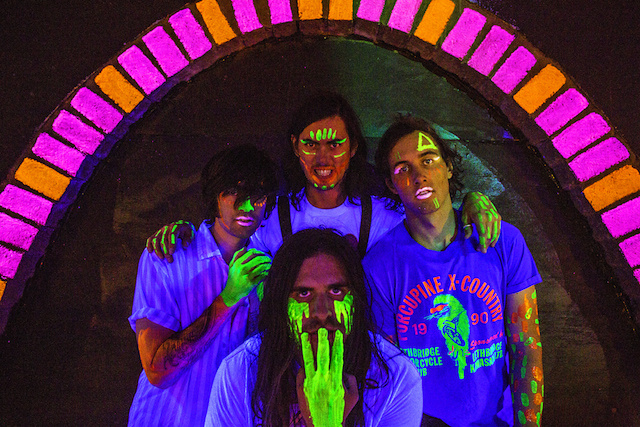