VAL NORMAL – val normal are an angular guitar based angsty proggy math duo from Dublin. After touring the b’jaysus out of Ireland for god knows how long and self releasing 2 LPS they jumped out to Europe in January 2016 playing in punk bars and basements to as many bewildered folk as they could. This is their first headline show in Ireland in over a year and as a two-piece. Bring earplugs.

MEGACONE – Megacone are a 5 piece instrumental band that use 3 lead guitars to create immersive compositions that bounce between genres from jazz to dance and everything in between. The band recently released their 2nd EP Absolute Magnitude ehich gained them attention from Prog Magazine UK. The band are playing all over Ireland this summer including many festivals such as Knockanstockan and Electric Picnic.

PUNCHFACE CHAMPIONS – Punch Face Champions are an Instrumental Alt Rock band from Dublin Ireland. They have made multiple appearances at music festivals such as Knockanstockan and Electric Picnic as well as releasing an EP and a series of split singles.
PFC have spent a large part of 2016 recording a new EP which they are excited to be releasing at the start of 2017.

SUGAR BEATS – Ben ( Sugarbeats) McCarthy acoustically brings a Grunge/Metal sound. Originally from Dublin and after playing in multiple bands like The Saucehounds, The Well Dressed Hobos and The Radioactive Grandma, Beats is focused on new solo products. This will be the first time he plays his solo material from his upcoming debuting EP to a Dublin audience. 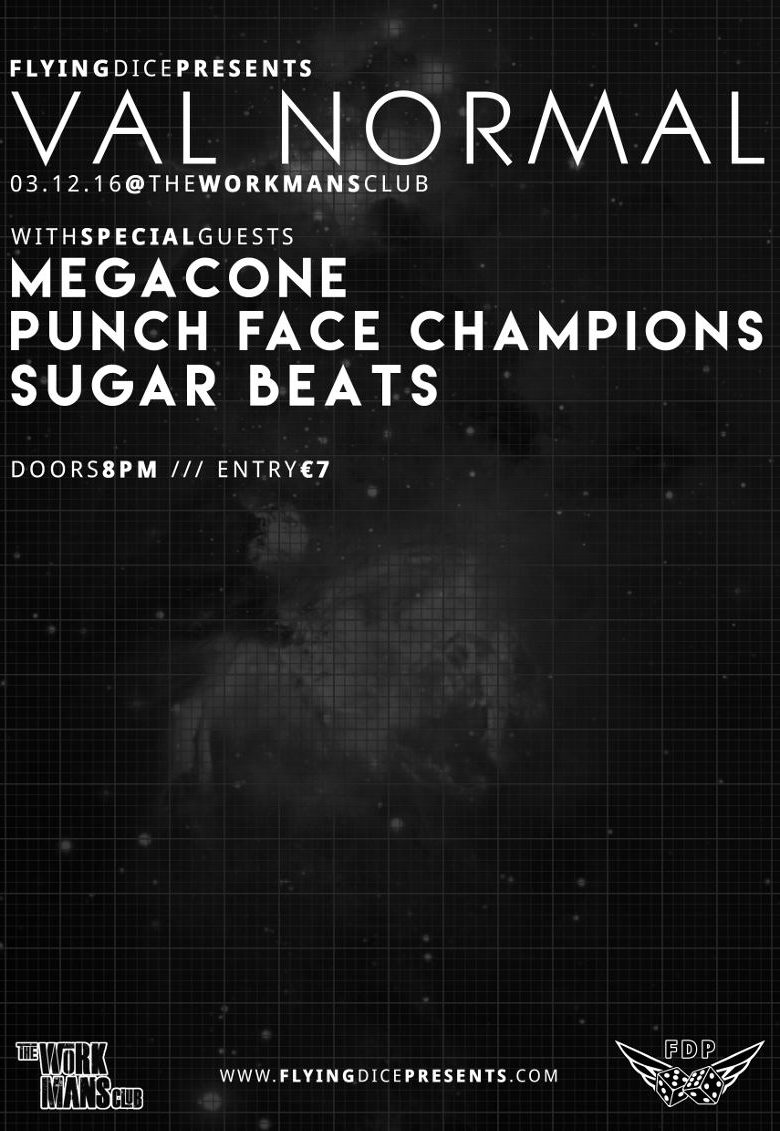