Limerick based 4-piece Protobaby  write, record and release some rather cool music and have toured all over Ireland, UK, Netherlands and Poland. Numerous festival appearances, radio plays/appearances have seen them build up a band of loyal followers as well as gracing the cover of Hot Press Magazine!

Formed in 2011, they teamed up with Owen Lewis (REM, Hole, Snow Patrol) to record their full length debut, with the end result receiving a massive thumbs up from critics and fans alike. The album was mixed with additional production by Chris O’Brien and Graham Murphy (The Stunning, Gemma Hayes, Human League, Clannad, The Waterboys, Whipping Boy, A House) The single ‘Fluorescent’ was named as Today FM’s daily download on the late Tony Fenton’s very popular show, whilst they also recorded a session for the Paul Mcloone show, as well as doing an interview on 2fm with Dave Fanning. The controversial video to ‘Traditions’ was banned by Youtube in late 2011 and the video to ’Only A Spark’ captured the bands energetic performance at Juwenalia Bialystok 2012.

Their debut Gigonometry appearance is their first Dublin date since launching Cosmic Heart in Whelans in April.

‘Impressive second outing from Limerick Rockers….. Revolution Wanted and Charity are both indie anthems with the potential to fill stadiums…..All in all, the off-beat combination of jarring electro-rock and soaring vocals provide ample flesh to sink your teeth into. Cosmic Heart is a meaty listen. (Hot Press)

‘Our old Limerick pals Protobaby have come up with a neat video to go with ‘Popstars’, their brooding new single, which is currently on ‘repeat’ in HP central.

‘At nine tracks “Cosmic Heart” is a lean animal of an album but one which is ultimately very satisfying and sees Protobaby return with renewed vigour. – Sounds From A Greenworld

‘A very solid single release from a band that are clearly the best thing to happen to Limerick music in a long time. Keep your eyes & ears on these guys folks, Protobaby are going to be big’ (Rarities, B-Sides & Other Stuff)

Formed by a group of like-minded musicians from the same school in Maynooth, District Daze released their debut EP on March 5th. Having previously performed at Electric Picnic, Vantastival and shows around Dublin, they kicked off a run of fresh gigs with their EP launch, culminating in this, their debut Gigonometry appearance.

With a versatile sound ranging from Indie Rock to Funk, once described as “Chic meets Arctic Monkeys”, they put on an energetic and thought provoking performance leaving listeners wanting more. As previous winners of the King Kong Club’s battle of the bands they‘ve since put in the hard work to create a captivating EP.

“Niamh, the lead vocalist, sounds hauntingly beautiful on the ponderous ‘Stay’, the first track of the EP” Liffey Champion – 2016

Following a name change & debut release in early 2016, Field Trip have already been booked alongside So Cow, Squarehead, Oh Boland, Fangclub, Land Lovers, No Monster Club, The Hipshakes, Thumper as well as the more commercial Hermitage Green. Now after a string of singles this spring, an EP launch is planned for this summer.

‘Four Galwegian ruffians, birthed from a milky cauldron of woozy vocals and toe-tapping garage pop melodies. Now under the guise of Field Trip, let the tandem union of sharp lyricism and smooth guitar with a sucker punch bring you for an enjoyable ride. Although somewhat under the radar, Field Trip’s swaying, infectious tunes are not without energy; coupled with engaging words and plucky guitar. This cheeky quartet are a tangy cocktail of all the juicy bits of Irish garage pop music today. Throw in some Mac DeMarco, a bucket hat, and a catchy hook and you’ve got yourself a trip to remember.’ Rebekah Rennick – The University Observer

Elly D is an established singer-songwriter hailing from West Dublin, Ireland.  With a unique voice that has been likened to “Blondie’s Debbie Harry meets Irish Songstress Gemma Hayes”, the singer’s wide vocal range and hooky melodies along with her uncompromising stage presence have made her stand out from the musical crowd.  Her love of many musical genres, from the early rock ‘n’ roll sounds of Elvis to the deadpan lyrics of Courtney Barnett, have allowed her to create an infectious sound that to date has left many unable to ignore.

After years of recording demos in her home studio and touring Ireland and parts of Europe as the lead singer of the band Riot Tapes, Elly D has finally decided to undertake a solo venture and release her first highly anticipated EP “Rise”.  “Rise” was recorded, mixed and mastered at Jam Studios, Kells with Martin Quinn.  It is due to be released on 30th May 2016 along with the music video for “If It’s Cool” which will be the leading single from the EP. 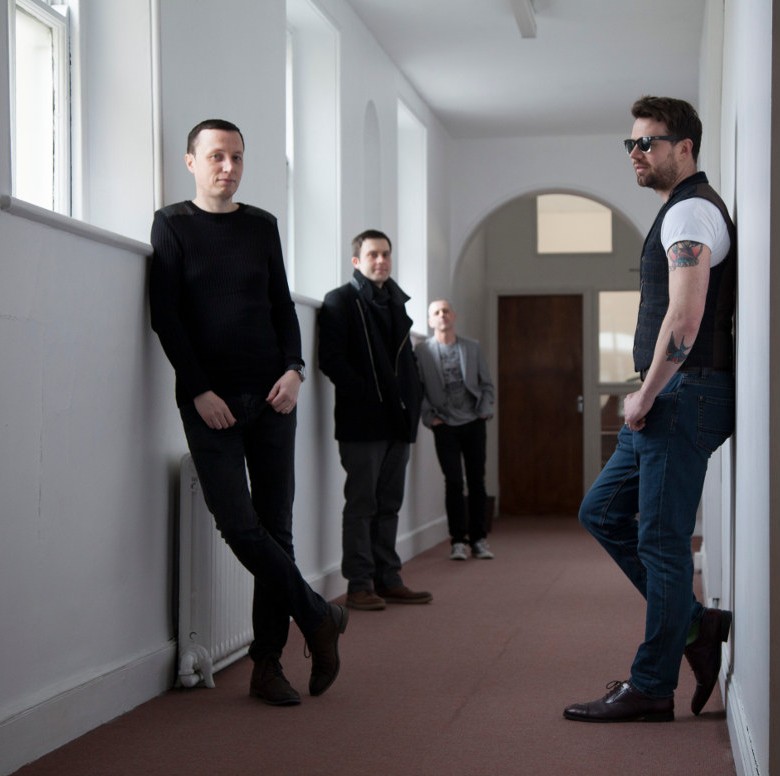