with support from Hatchlings and Alex Smyth.

The Radioactive Grandma are a recently upgraded bi-national 5 piece space junk ensemble who specialize in high velocity synthetic rockery juxtaposed with harmonical vocality. They are curently recording their new album with ‘lothario’ producer Lonnie Jeader at the famed BeefHouse Lane Studios in Clonmelgibson which is due for release this Summer. Spring /Summer tour dates to be announced in the coming weeks. 2016 is going to be twenty sixt-sween!

Harbouring Oceans are a five-piece alt pop / art rock outfit currently putting the final touches to their debut EP, due for release May 2016. Their sound is inspired by the soulful vocal styles of artists such as Glen Hansard and John Legend. Musically, their influences range from 90’s alt-rock bands (Incubus, QOTSA), to art-folk artists of the 2010’s (Olafur Arnolds, Bon Iver), with side influences from electronica producers and hip-hop beatmakers. 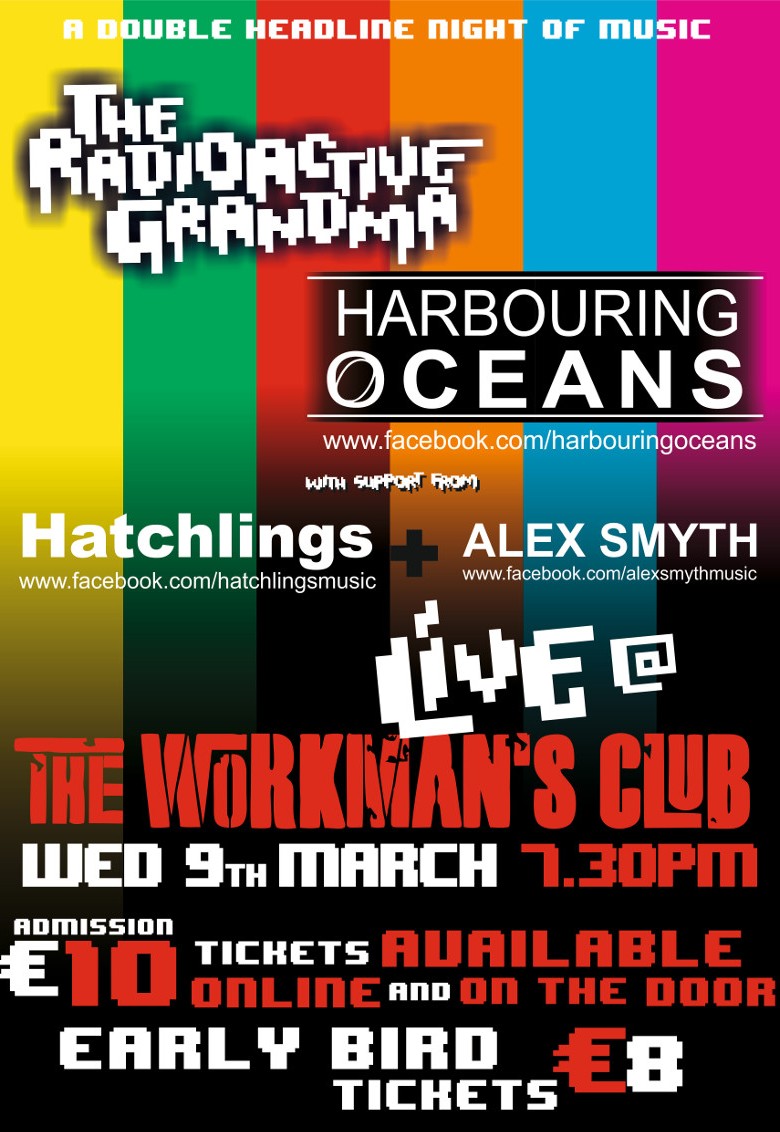