” Dublin Neo-Psych band This Other Kingdom will be celebrating the release of their second album ‘Rêveur’ in The Workman’s Club on Saturday 22nd April. Released by Wrong Way Records (UK), the album will be released on limited orange vinyl with purple spatter in a deluxe gate fold sleeve and will be available to buy on the night as well as in selected stores. Support on the night TBA 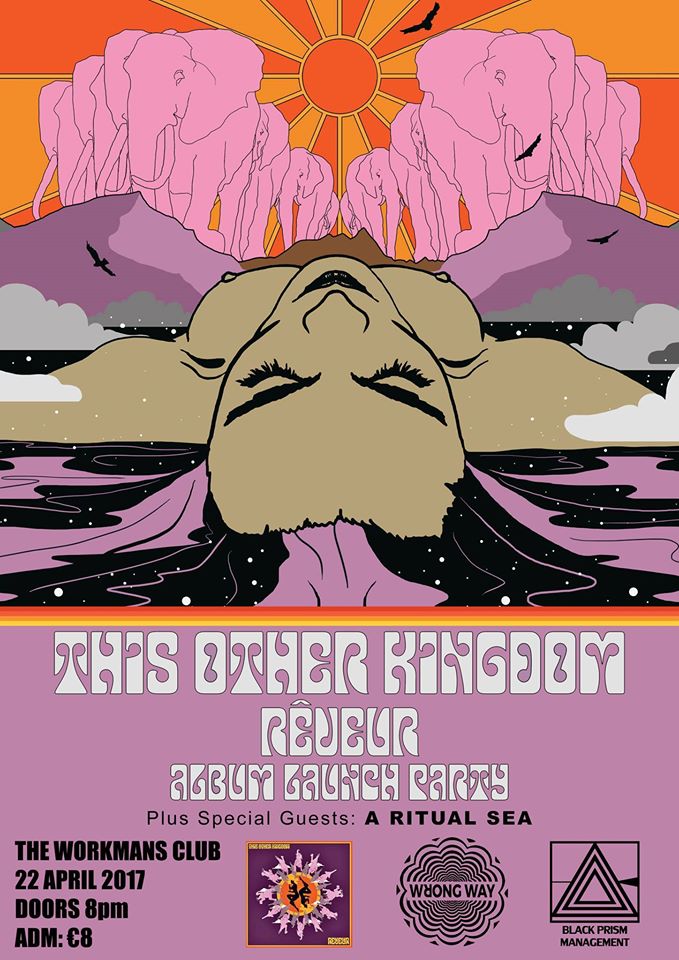