A Modern Musical Interpretation of

Fathers Of Western Thought return for the third year in a row with their modern musical interpretation of ‘Ulysses’. Each episode is broken down into a single song from a different character’s perspective and performed chronologically from Telemachus through to Penelope. Also returning as guests on stage will be Luque Suibhne & Andrew Murray (The Hidden Work).

Support on the night will be the première of Fathers Of Western Thought’s latest work ‘A Modern Musical Interpretation Of William Shakespeare’s Othello’. The 15 scenes of the play are broken down into 15 short songs and performed chronologically from Act I Scene I to Act V Scene II. Using 95% of Shakespeare’s original words, each song comes from the perspective of the most important character or characters of that particular scene. ‘Othello’ is the first work of many from FOWT’s ‘Literature Through Music’ company.

Say ‘yes’ to James Joyce & William Shakespeare ! This event is €8 and pay on the door. 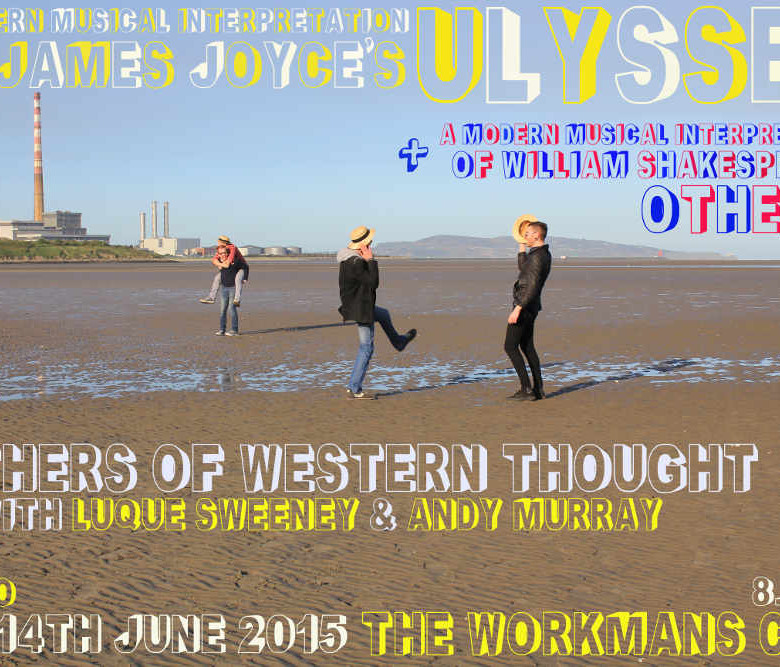