Pembroke is Ellen Quinn Banville and Finola Cahill, an Irish born, Paris based two-piece band. Their sound reflects their differing and diverse influences, from blues to pop to soul to lyrical folk. They are bringing a stripped down version of their debut album, At Sea, on tour. The album, made in the forest just outside of Paris, is built upon a folk foundation of Cahill’s evocative lyrics and acoustic guitar lines but filled out with big band horns and percussion, country strings and the soaring range and raw vulnerability of Quinn Banville’s vocals.

The duo first met in Dublin at a friend’s apartment on Upper Pembroke Street. They started Pembroke in early 2015 and cut their teeth on the Paris Open Mic scene. Since then they have been regularly gigging around the city. This Dublin date will be a homecoming of sorts, and they are very much looking forward to it. 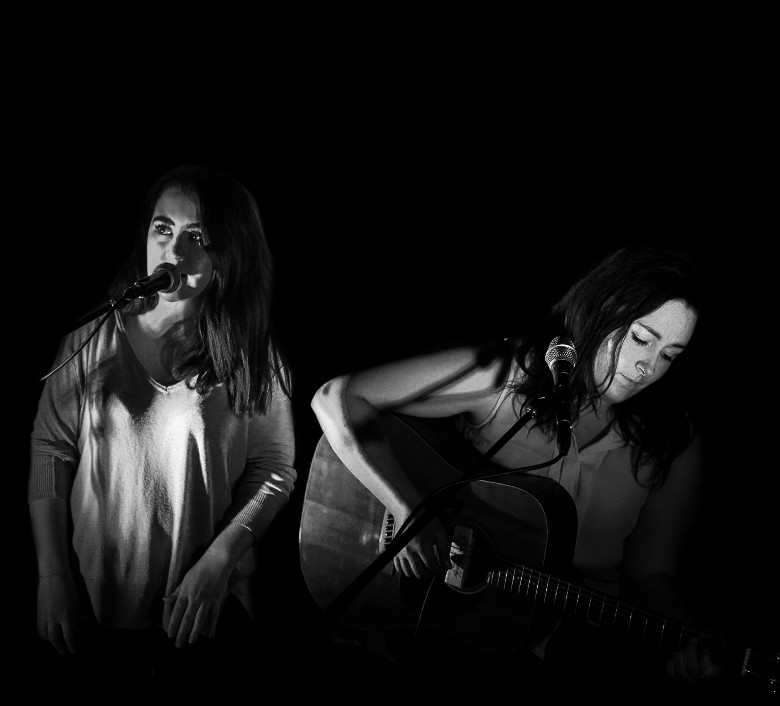