It was here in the Workman’s club back in March 2015 that 13 introduced themselves to live scene with their hybrid genre “Tropical Pop”! Since then the Duo went to Spain to film the video for their debut single “Waiting” which was released in April and opened up the doors of Radio and television stations around the country wondering what 13 will do next! They have been flat out in the studio honing their style of music which merges electronic beats, oceanic guitar sounds and vocal lines bursting with harmonies.

On Saturday the 19th of September 13 make their come back to the live music scene here at The Workman’s Club with support from Kildare hip – hop four piece “Smoke, The Profit” who make their debut performance with their laid back beats and realist lyrics. Also performing on the night fresh from their Electric Picnic slots are Jungle indie pop pioneers Æ MAK ! with an eclectic array of influences, from tUnE-yArDs to Anita O’ Day. Æ MAK have perfected their unique performance style and sound, focusing on rhythmic vocal lines and harmonies.

All and all this is set to be an unmissable night of music! Doors will open at 8 o’clock and tickets are available at the door with an entry by donation fee! Simply pay whatever you think is fair and we shall see you inside!

“We are so excited to share what we have been working so hard on and look forward to seeing you on the night!” – Conor and Monty, 13 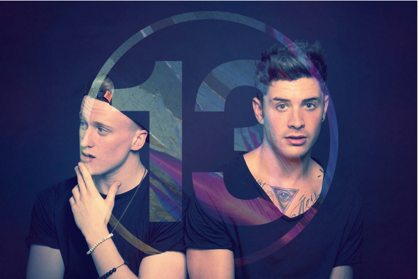