J.Cowhie (also known as Goodtime) released his latest album ‘Veil’ (RITE) in March 2016. The Irish Times said ‘Eight songs of warm textured songwriting informed by artists like JJ Cale, Shuggie Otis & Bill Fay – branching elements of folk, soul, electronic and ambient music’. And included the album in their ‘8 Most Under Appreciated Albums of 2016’.

The Thin Air called it ‘..one of our favorite Irish albums of the year so far.’ Citing the singer-songwriters ‘hushed tales – each as slow-burning, incisive and revelatory as the next – are framed in a phantasmal hue of sublime, ruminating ambience.’ And placed second single ‘Long Way Home’ at No.5 in their ‘Top 100 Irish Tracks of 2016’.

In February this year JC joined with Bandcamp in support of the ACLU, who are working to oppose the Executive Order barring immigrants and refugees from seven Middle Eastern countries from entering the United States, by releasing a new track ‘New Life’ with all process going to the cause.

Did You Even Notice: https://www.youtube.com/watch?v=hX-RG0cvhdc

Barry McCormack has released six critically acclaimed albums since leaving Jubilee Allstars, a band once called equal parts Brendan Behan, Leonard Cohen and Velvet Underground. His songs have been described by The Handsome Family lyricist Rennie Sparks as ‘gritty short films that deeply and sensitively evoke the dark damp streets of modern Dublin’. He released his sixth album The Tilt of the Earth in 2016m, it’s an ambitious meshing of folk storytelling with sounds and textures from the realms of Krautrock, Art rock and minimalism conjured up with co-producer Stephen Shannon.

All the Things You’ve Done: https://youtu.be/0sr8p6hXV3Q

A Long Way Away: https://www.youtube.com/watch?v=UxQG_i-n0X8&feature=youtu.be 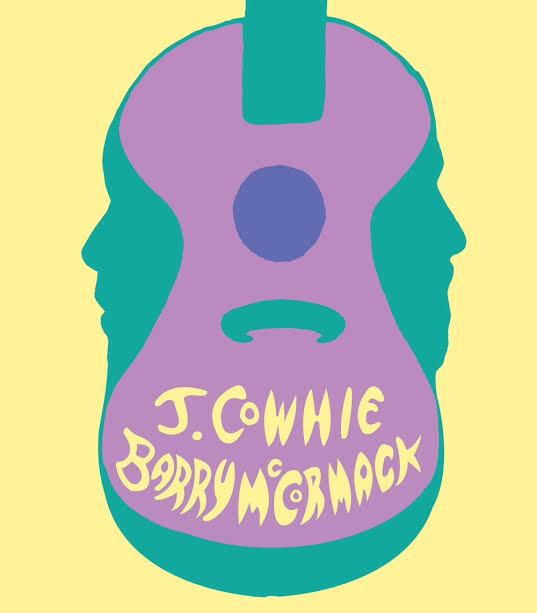