Two shows, both featuring music, spoken word and poetry, curated by some of Ireland’s foremost acts.
That’s what the Therapy Sessions are all about. This year, All Tvvins (5th Jan) and Delorentos (12th Jan)
will curate two nights featuring some of the best Irish and international acts around.

True Tides, Day_S and Rushes will perform on 5th January at the bequest of All Tvvins. Currently working on their
debut album, True Tides have built up a growing reputation appearing at festivals, including Electric Picnic and
Canadian Music Week. They were also been shortlisted for Glastonbury’s Emerging Talent Competition in 2016. DAY_S is a 22-year- old singer-songwriter and Dublin native. Bringing to the table his signature blend of expertly crafted piano lines and soulful vocals (and enviable long blonde hair), DAY_S is a laid-back guy and a dedicated songwriter and performer.

On the spoken word front, First Fortnight stalwart Stephen James Smith will present a diverse range of artists over the two sessions, including weaver of words, NualaLeonard, and Jinx Lennon, Irish punk poet and urban poet. Poetic Pilgrimage will also make an appearance. Muneera Williams and Sukina have been dubbed as Britain’s first Muslim hip-hop duo and were the subject of the 2015 Al Jazeera documentary, Hip Hop Hijabis.

*All Tvvins and Delorentos have curated the line up for each of the Therapy Sessions and will not be performing on the night.
**Early Bird ends Fri 22nd Dec. 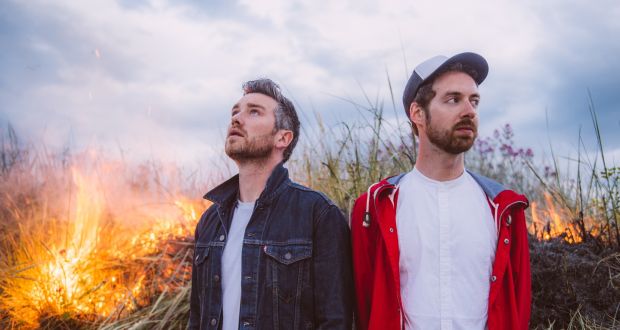