Play the music of

There are songs that have defined our lives through the good times and the bad, you have heard
them sheltering at the crossroads of misery and abandon, you have heard them at the alter of ecstasy
and elation. Songs that portray everything from sin, murder, love, death, regret and hope to songs
that are simply enjoyed for their time defying melodies and their inexplicable lifting of the soul.
When such songs and music are discussed there is one name that is routinely referred to…
TOM WAITS. Mr Waits has spent his lifetime fathoming the depth of power of the written word
through the art form of music, amounting to a force that conveys emotions that are seldom captured
in any other artistic form.
For the past year Irish audiences have witnessed an incendiary show performed by BONE MACHINE,
that captures the character and musical genius of Tom Waits. An exhilarating performance that’s
playing to packed houses of increasingly adoring fans. The world of Mr Waits is uniquely presented
with a characteristic authority rarely harnessed by mere mortals within any single show to date. Bone
Machine are a band of internationally renowned touring and recording musicians that perform a
firebrand, melancholic, and punk jazz set of Tom Waits songs. The band comprises Jack Healy on
vocals and social strategy, Martin O’Malley on guitars and sonic sculpting, Jon O’Connell on bass and
positive vibes and Adam Shapiro on drums and rhythmic karma.
Each member of Bone Machine has performed in front of thousands of people at home and abroad
over the past number of years in bands such as The Van Diemens, The Walls, Serious Mischief, The
Fiddle Case and Raise the Rafters. They’ve also laid down countless tracks on albums, EP’s and singles
in their spiritual home Malbay Studios.
Whether or not the songs and music of Tom Waits play a central roll in your music collection, you
simply have to experience this show live to feel the heaven-opening maelstrom of beauty scarcely
captured by a live band. From blood soaked ballads to evocative Godliness and anarchic elegance
there has never been a show that has captured the golden thread of what makes Waits such a legend
until now!
BONE MACHINE are the crusading dark horses that keep the mysteries of life alive, offering an
escape route and destination to anyone seeking liberation from the norm.
A night out with Bone Machine will reinforce your belief in the songs of Tom Waits. From Martha to
Downtown Train this band bring the heart, atmosphere and sweat to performances brimming with a
ramshackle sophistication and honesty that the songs of Waits are universally celebrated for.
Ladies and gentlemen let us present… BONE MACHINE. 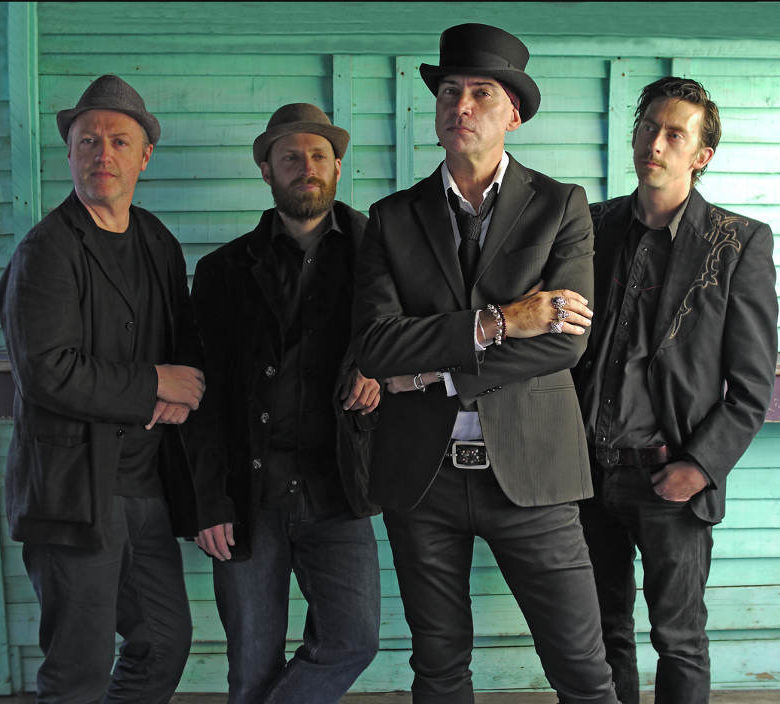