A HAWK AND A HACKSAW

A Hawk and A Hacksaw Biography

A Hawk and A Hacksaw began in 2000 in the small town of Saumur, France. Initially a solo vehicle for Neutral Milk Hotel drummer Jeremy Barnes, the main impetus of the project was to focus on the gray areas in borders of music and geography. The first album was released in 2002 by Cloud Recordings. Barnes met violinist Heather Trost in 2004 and the band became a duo. The pair has since released six albums, and toured extensively around the world. They have learned from and collaborated with some of the great musicians of Romania, Hungary, Bulgaria and Turkey. The duo has been invited to tour with Swans, Calexico, Wilco, Andrew Bird, Portishead, Of Montreal and performed at Roskilde, Pitchfork Music Fest, and All Tomorrow’s Parties. They also collaborated with Iggy Pop on the reworking of a classic sea shanty.

In 2011 the band started their own label, Living Music Duplication, releasing albums by the great Turkish clarinetist Cüneyt Sepetçi, Romanian village band Bahto Delo Delo, and also Mountains of Tongues (a collection of music from the Caucasus), Thor & Friends (Swans drummer Thor Harris’ minimalist project which Barnes produced and heavily features Trost’s violin) among others. You Have Already Gone to the Other World, an album inspired by the film Shadows of Forgotten Ancestors was released in 2013, and the band toured art cinemas and film festivals playing a new score to the film. They were a featured act at the Transylvanian Film Festival in Cluj-Napoca, Romania, and also presented the film at the London’s Barbican and The Lincoln Center in New York. In the past few years, the band has focused on recording, composing the soundtrack to a hit Albanian TV show called Skanderbeg and the video game Forest of Sleep. They also recently completed a score for a new short by critically acclaimed film maker Peter Strickland (Berberian Sound Studio, The Duke of Burgundy). They were also featured, along with Bartók and Ligeti, for an evening of Eastern European art-music at Queen Elizabeth Hall in London. The BBC Concert Orchestra played AHAAH’s original compositions and folk arrangements along with the band.

Forest Bathing, or Shinrin-yoku, is a term that means “taking in the forest atmosphere.” It was developed in Japan during the 1980s and has become a cornerstone of preventive health care and healing in Japanese medicine.

“Taking in the forest atmosphere” became the inspiration for A Hawk and A Hacksaw’s newest album. Their forest bath of choice is the Valle De Oro National Wildlife Refuge in New Mexico. The new album features ten original compositions by Heather Trost and Jeremy Barnes. The opening track “Alexandria” features Barnes’ on the Persian Santur, an ancient hammer struck dulcimer, and Trost’s string and woodwind melodies. The composition evokes the long trader’s route between what is now Bulgaria and the wealthy cities of Istanbul and Alexandria. The subtext of the song says: “The Merchant from Koprivshtitsa travels down to Alexandria to sell textiles. On the way back, he dreams of the music he heard there.”

The band has always had a bird’s eye view of this part the world- looking for the connections between places and even eras…a belief in the power of music to reach across borders and unite. If one were to listen to Forest Bathing with no knowledge of who the musicians were or where they came from, a variety of results certainly wouldn’t include two American musicians from Albuquerque, New Mexico. But it’s important to the band that you know where they are from.

A Hawk and A Hacksaw is based on the idea of collecting music and inspiration through travel. They are not of a place, but their music evokes places along a route. This is not an urban music. It’s rural; songs of the woods and roads where there are no sidewalks or street lamps to light your way. “A Broken Road lined with Poplar Trees” describes just this- the dirt from the summer sun, a melody from home on my tongue. The song “Babayaga” by Trost, is a tribute to the archetypal crone Babayaga, who sticks out her cane just as a child runs by… And “The Washing Bear” is a classic brass romp, connecting Serbian brass with it’s Southern brothers in Albania and Turkey…

While the bulk of the music heard on this record is played by Barnes and Trost, they do have some incredible guest performances, namely the clarinet virtouso Cüneyt Sepetçi, from Istanbul, Hungarian cimbalom master Unger Balász, and closer to home, Chicago trumpeter Sam Johnson, Deerhoof’s John Dieterich and Noah Martinez, of the band Lone Piñon. “Forest Bathing” took a long time to record… and its genesis was spurred along by travels in Bulgaria, Albania, Turkey, Greece and Romania. The band will be back on the road in 2018 to support the album and hope to visit a forest near you. 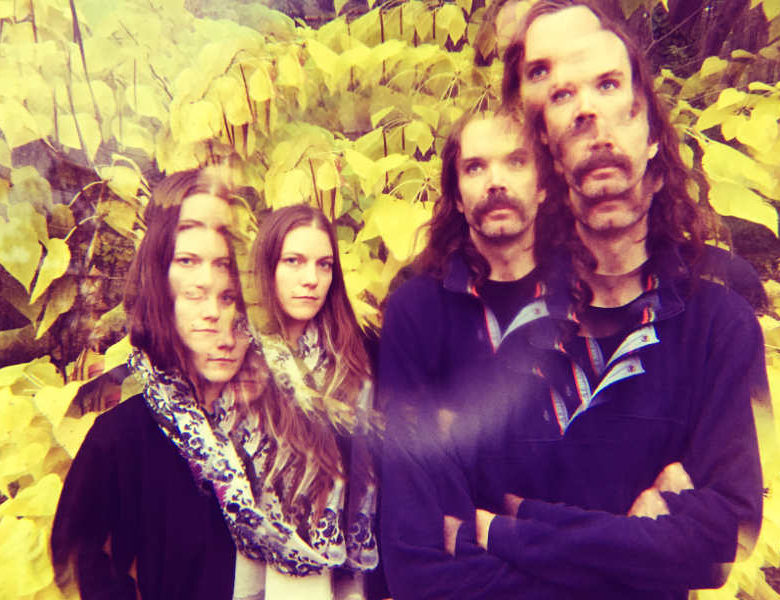