In support of their second album Whale City (out today!), Warmduscher have announced dates for Limerick & Dublin this November.

“These neon lights flow through my veins. And the bright red lipstick soothes my soul. A thousand broken dreams. A thousand souls on the bottom of my feet. Freedom has never felt so good. No small talk. No standing in lines. No candle lit dinners. Just the feel of freedom. The stench. The dirt. Love. Breathing it in. Letting it out. Straight to the top.”

The second album from Warmduscher. Survival of the fittest.

Let Warmduscher be your guide. Clams Baker: the man with the golden tongue. Fast-talking, no nonsense networker. The ‘legitimate’ front to the great rock ‘n’ roll swindle. No time for fact checking. No need for building regulations. Heading straight to the top. Consequence be damned. Lightnin’ Jack Everett is his man on point. The rhythm. The brains. The brawn. Let’s make lots of money. The Saulcano, Mr Salt Fingers Lovecraft and The Witherer operate in the shadows. The cogs. The machine. The bootleggers.

There is power in repetition.

Longtime Warmduscher biographer Dr Alan Goldfarb describes Whale City as “a rock opera so vast in magnitude that – were in not for my being strapped naked to a chair in a garage – could send a man hurtling towards the outer perimeters of uncharted space.” It’s difficult to argue with. The characters that inhabit Whale City are, as the title suggests, larger than most aquatic life forms. A cast of millions. Pretty Lilly, Whale Jimmy, Uncle Sleepover, Ice Cream Keith, Disco Minny. The people you walk by late at night with bottles in their hands and money in their pockets. The woman with bright red lipstick and straight razor smiles. Thrill seekers to a person. Powerful. Intoxicated. Intoxicating.

In the words of Clams Baker, Whale City is “a playground for the people that have stepped above and beyond their comfort zone.” What are you waiting for?

“Warmduscher are playing by their own rules” Clash Magazine 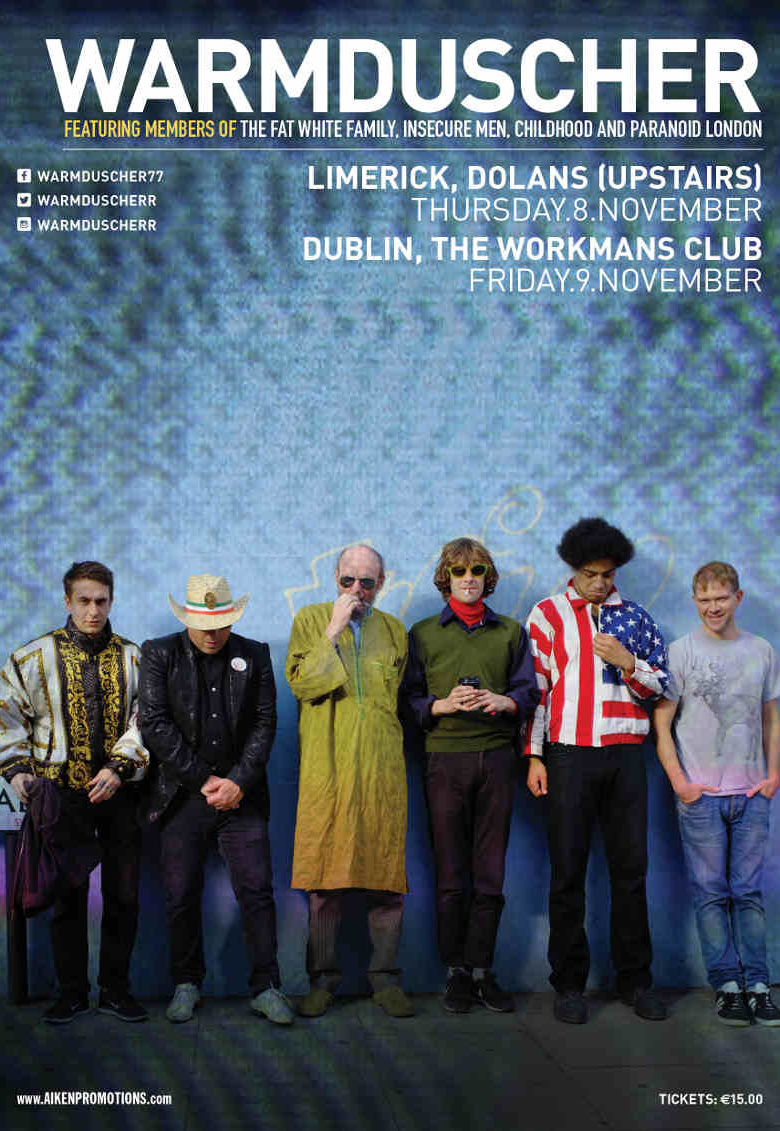