Two years since the release of his universally-acclaimed third album The Hill, Dublin singer-songwriter Paddy Hanna returns with aplomb, as his trademark duelling lyricism and elaborate instrumentation come to the fore on his new single ‘New York Sidewalk’, released, 15th February 2022 on Strange Brew.

Opening with a glistening guitar line, ‘New York Sidewalk’ is a song soaked in optimism. Driven by an old-time gliding piano melody before being joined by a chorus of brass, the song is buoyant in its universal message of leaving the past behind and celebrating the wonder of the world around you.

Paddy Hanna says: “I rather optimistically believe that many of the mistakes or misadventures that happen in our lives can become great anecdotes down the line, a sense of humour can be a real balm in tough times. ‘New York Sidewalk’ is very simply about that – moving on from the past with a wry grin. It’s about laying to bed past failures, leaping forward and seeing the love that’s all around you.”

Perhaps giving a glimpse of the new direction that his music is moving in, Paddy adds: “Everything about the new music I’m currently releasing is borne out of love – which is the first time I can truly say that. During the pandemic I got married and had a baby, this music was recorded while there was a baby in my wife’s belly. I am also very fortunate to have worked once more with Daniel Fox (Gilla Band), Daniel Fitzpatrick (Badhands), Ken “MoonMan” Mooney and of course Gugai from Strange Brew, all of whom I have the greatest affection for. So it’s just love on top of love on top of love. In other words, I’m a jammy bastard.”

Hanna began his career in music as the frontman of Grand Pocket Orchestra before switching his attention to solo material with the release of his “wickedly smart” (NME) debut album Leafy Stiletto in 2014. Frankly, I Mutate (‘As brilliantly distinctive as they come.” – Sunday Business Post) followed in 2018 before Hanna released The Hill in 2020, which caught the attention of international music media and tastemakers. Stereogum described Paddy Hanna as a “wonderfully idiosyncratic musician” while Clash observed that he is admired by everyone from Fontaines D.C. to Burt Bacharach.

Over the years, he has supported legends of the music industry including B.C. Camplight, Joan as a Policewoman, Billy Ocean and Cate Le Bon. In 2019, Hanna supported one of his musical heroes Burt Bacharach during the Irish leg of his tour. “I was extremely nervous. What do you say to someone who’s met them all?” Hanna said of their introduction, “but he’s just the coolest dude, ever!” 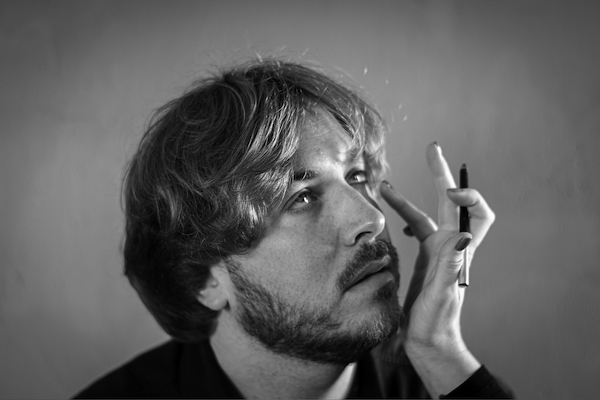