On Saturday, 14 April we’ve got something mega in store for you down at our gaff!

Strange Brew will be bringing you A Guide to Contemporary Human Music Vol.1

We’ve got 4 whopper acts who’ll be BRINGING IT for what promises to be one serious night of awesome music.

Kicking off proceedings is idiosyncratic, challenging and richly lyrical singer/ songwriter Junior Brother, 24-year-old Co. Kerry native Ronan Kealy. Fusing elements of Irish and English folk with a deeply unique sensibility, Kealy has steadily built a dedicated fanbase in his current residence of Dublin, broadening his listenership further with each release. He released his highly acclaimed second EP “F*ck Off I Love You” in 2016, earning plays and plaudits on 2FM, Radio Nova, Dublin’s 98fm among others.

Autre Monde is a band from Dublin, formed by alumni of the feted Popical Island Collective (Paddy Hanna, Padraig Cooney, Mark Chester, Eoghan O’Brien), but Autre Monde are mining a darker seam than typically associated with that pop grouping.

In 2017, the band introduced themselves with a run of 4 acclaimed singles, produced by Girl Band’s Daniel Fox, before capping off the year with their murky, sometimes violent, self-titled EP. Autre Monde’s debut album is currently under development – so keep yer eyes open

“Without the faintest shadow of a doubt, Dublin quartet Autre Monde are one of the very best bands in the country at the minute.” – The Thin Air

“The immediate sophistication of Autre Monde’s sound demonstrates that this is a band with immense talent” – State.ie

Up next we’re bringing yiz Sinead White. Sinead is a singer-songwriter, multi-instrumentalist who’s fresh approach to songwriting is captivatingly charming and uniquely powerful, . She has co-written songs with artists such as Daithí and Bishop Lamont and supported the likes of Jess Glynne, Ash, Duke Special and Everlast from House of Pain.

Topping off proceedings on this mega evening of music – the brilliant Paddy Hanna, he released his new album Frankly I Mutate on 2 March,  an album bursting full of Hanna’s morose charm and sardonic wit..

Paddy’s career to date has not been conventional. A cult figure in the Dublin music scene, he has released numerous critically acclaimed singles before retreating inwards. He has been called “One of the most promising young songwriters in Ireland” by Stereogum, “Barnstorming” –NME, “Elegant, absorbing stuff” by Loud & Quiet

Hanna’s songwriting has always has always sat somewhere between awkwardness and charm, that is something producer Daniel Fok wanted to convey through the production of the record. The key was to retain the anarchic nature of the songs while making them sound as they were always intended: rich and lavish. Ena Brennan (Tandem Felix) was integral in transitioning hummed melodies into the lush string sections that you seldom hear in DIY releases. The result is an album that recalls the likes of Jarvis Cocker and Scott Walker – dark humour and vulnerability –  accompanied by Phil Spector-like arrangements.

Paddy Hanna has an authenticity other musicians strive towards for years. That realness, that melancholy, that dry sense of humour are all in abundance on this album. 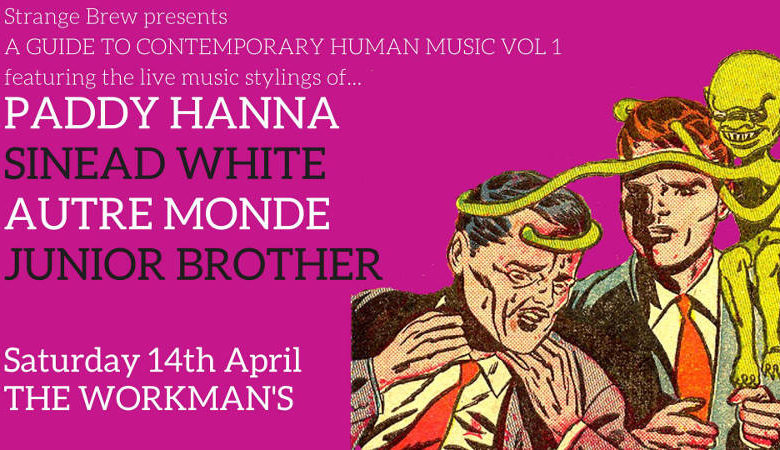