A Night For Lady Day – Tribute to Billie Holiday

Join vocalist Aleka and Guitarist Chris Guilfoyle for a celebration of the songs written by and famously associated with Billie Holiday on the week of her 107th birthday.

This intimate set will feature arrangements of her most well known songs including Don’t Explain, Fine and Mellow and God Bless The Child as well as many others in her famous repertoire.

Aleka is a Romanian vocalist, cellist, composer and lyricist who lives in Dublin, Ireland. She has spent 20 years studying music, including a Bachelor of Arts in cello performance with the highest distinction, at the National University of Music Bucharest, and a B.A in Vocal Jazz performance, graduated with First Class Honors in Newpark Music Centre, Dublin, Ireland. Both her Ep ‘Aleka’ and her debut album ‘Person I Knew’ received 4 star reviews in The Irish Times. Aleka is a jazz lecturer in Dublin City University. 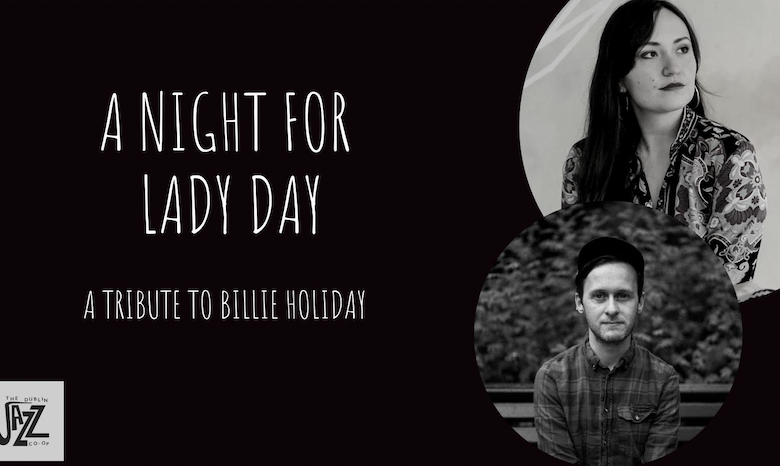