A Work in Progress Performance of ‘Eamonn (Irish)’

A work in progress performance of “Eamonn (Irish)”, a one-man musical comedy about things that aren’t funny takes place upstairs in The Workman’s Club, Dublin for two nights only on the 30th and 31st of March*

*This piece is no way related to 1916, unless funding becomes available, in which case it is completely about 1916.

What does it mean to be Irish in 2016? What makes someone Irish? And who decides who is welcome in Ireland? In the last year alone, Ireland has experienced incredible changes and moved closer to a fairer, more egalitarian society. Most people have celebrated this, but with the rate-of-change so rapid and society so seemingly transient, what happens to those who can’t keep up? Eamonn is the manager of a menswear store. He is a young, but devoted father and husband. He is a diligent worker, considerate neighbour and a passionate karaoke enthusiast. He is everything an Irish man should be. That is until slowly encroaching questions of identity, morality and conscience start to plague his mind. Like many young Irish men, Eamonn lives his life according to his own self-curated code of ethics, but the principles he once swore by become contorted and unstable. But it’s a comedy, like. 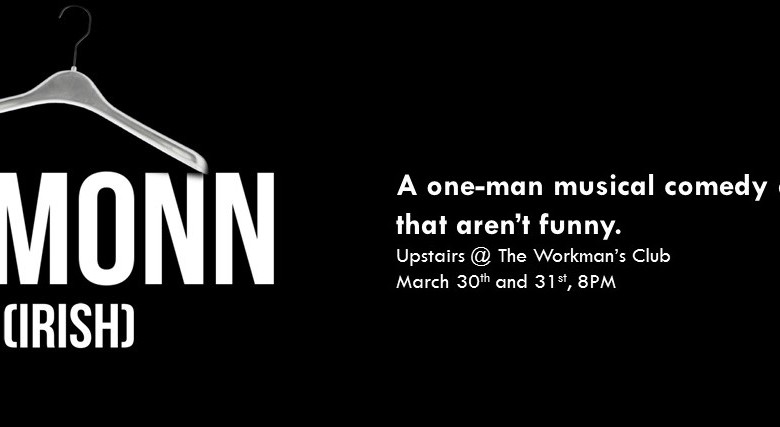