To celebrate the forthcoming release of Forced Withness, Alex Cameron has announced a date for The Workman’s Club, Dublin this December.

Bearing witness to the baroque clusterfuckery of the world is no longer voluntary. We are all forced to watch. Every possible catastrophe vibrates in our pockets, demanding to be witnessed. A busboy in Tulsa with a below average data plan now holds more of the world in his head than Alexander the Great. The human burden continues to increase and empathy begins to seem like something belonging to a nostalgic past, like a handwritten letter or sex on a train. The classic response to this predicament has been a figure of ironic detachment, a well-groomed young man drinking out of a red plastic cup at a rooftop party. He explains with a smirk why the good thing is actually bad, the bad thing actually good. But now Alex Cameron approaches with his righthand man, Roy Molloy. Cameron knocks the cup from the young man’s hand and Molloy threatens him with his life.

With Forced Witness, Cameron’s solution to the difficulties we face is a danceable and dangerous earnestness, a sense of honesty that heals and relieves even as it cleaves us or makes us laugh in self-defense. He’s offering portraits of misfits’ views of the world, presented without illusion. Recorded in Berlin in an old East German radio station, Los Angeles, and Las Vegas, and produced by Cameron along with Foxygen’s Jonathan Rado, these tracks at first seem shamelessly entertaining, the driving rhythms and rousing melodies embellished at every turn by Molloy’s warm hornwork. But the love songs and anthems contain as much raw humanity as they do a savvy grasp of the impossible loneliness of the times, especially apparent in the song “Stranger’s Kiss” — Cameron’s affecting duet with the American singer Angel Olsen.  The defiantly bloody knuckles in “Runnin’ Outta Luck” and the grime of wet dreams in “Country Figs” occupy the same space as the great sadness of the internet in the catchy and contemplative song “True Lies,” in which Cameron sings about that buzzing hive of randomized sexuality where we can either submit to the stirrings in our own laps or let our fragile hopes catfish us. Alex Cameron details penultimate track “Marlon Brando” as “a character portrait, a study of a man in the hopeless pursuit of a woman. He is a familiar character in the world, a self-assured jock, a dullard, a low grade human who uses a specific kind of language when he finds a situation outside of his control. In examining this character, the song’s lyrics present an honest, eye witness account of an angry man, a damning indictment of homophobia and misogyny and their genesis in toxic masculinity.”

If there is darkness in these songs, it is not because taboos can titillate but because Cameron knows that confession has a redeeming power and that people are often at their most vivid when their skies have fallen. These songs are alive with the rich detail of life lived and the radical distinctiveness of the stories they tell feel universal. In these chaotic times when we aren’t able to look away, Cameron is offering us a pure account of the world as he’s seen it. 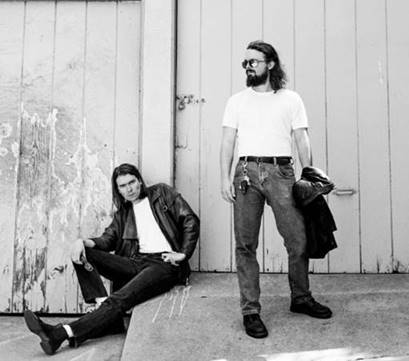