ALL THE LUCK IN THE WORLD

All the Luck in the World are three Irish songwriters, Neil Foot, Ben Connolly and Kelvin Barr currently based in Berlin. The band create an intimate blend of Alternative-Folk and share a collective passion for storytelling, composition and song craft. Formed in 2011 while Foot was still in school, Connolly and Barr joined two years later to collaborate on a debut record for the band, which was written in Foot’s secluded family home in the Wicklow mountains.

In 2013/2014 the band received first international attention due to the home-recorded “Never”, which sold more than 120.000 singles on ITunes worldwide. After signing with Barfilm and Haldern Pop Records, they released their eponymous album on January 1st 2014, and subsequently toured the record across Europe. After many distinguished festival slots and three headline club tours, they began to turn their focus to new material.

While working on their second album in 2015, the band focused on crafting a unique soundscape, creating their own home-made instruments by sampling organic, acoustic sounds. They converted a forgotten woodshed into a studio space in the Wicklow countryside, and aptly named it Haven. Here the band began to compose and craft songs based around a set of stories, both personal and abstract, that were patiently developed over the course of a year. The album called “A Blind Arcade” was then recorded between this space and Golden Retriever Studio in Berlin with the help of producer Paul Pilot. “A Blind Arcade” will be released on 23rd February 2018.

‘All The Luck In The World’ is an engaging and cohesive listen. The songs flow seamlessly, drawing the listener in emotionally and mentally.’ – Golden Plec

‘Most bands spend a lifetime trying to hone and craft their sound. All The Luck In The World appear to have managed this at their first attempt and at the tender age of just 19 years old.’ – Vents Magazine 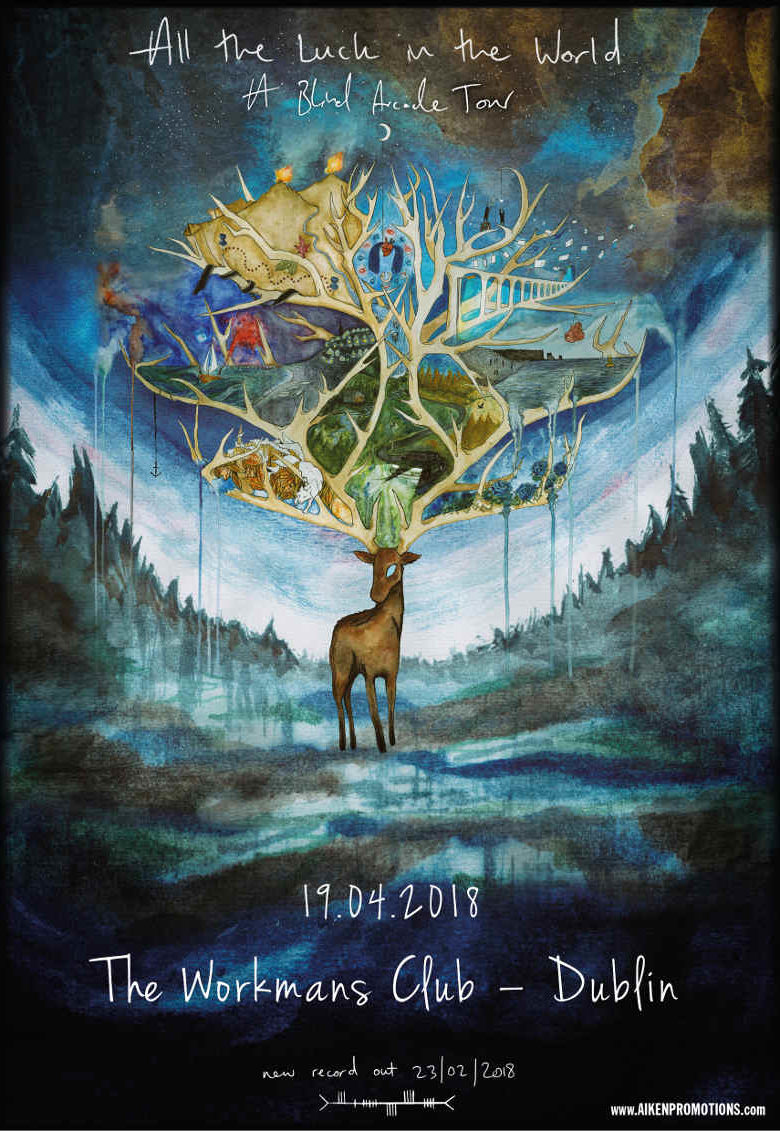