22-year-old, South Londoner Loyle Carner announces his highly anticipated debut album ‘Yesterday’s Gone’ will be released 20th January through burgeoning label AMF Records. Lead single ‘The Isle Of Arran’ was premiered this week on Annie Mac’s BBC Radio 1 show and was hailed her Hottest Record In The World. Fans can receive ‘The Isle Of Arran’, ‘Ain’t Nothing Changed’, ‘Florence’, ‘Stars & Shards’ and ‘No CD’ when they pre-order ‘Yesterday’s Gone’.

Loyle’s insight, erudition and poetic intensity have earned him the respect of all the right people: die-hard hip-hop fans, industry insiders and most importantly, his peers. ‘Yesterday’s Gone’ is planted at an intersection between the boom-bap of East Coast hip-hop, jazz-inflected portraits of South London, and soulful laid back pop. There’s a bedrock of honest and raw sentimentality running through ‘Yesterday’s Gone’.

Album opener ‘The Isle Of Arran‘ sounds a little like early Kanye – with its pitched-up gospel sample, a chorus of rhythmic claps propelling the tune along and lyrics marked by relatability, honesty, self-depreciation, themes of responsibility and family, it hits the ground running and sets the tone for the whole album.

Having shared stages with the likes of Nas, MF Doom and Kate Tempest, sold out international tours, Loyle today confirms his IRE & UK headline dates. Fans will be able to access an exclusive presale on Wednesday 24th November by pre-ordering the album from Loyle’s website www.loylecarner.com 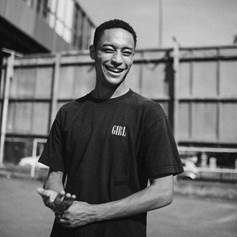