Celebrating the release of his album ‘Ghost’ Matthew Mole will bring a live show to Dublin, performing at Whelans, 28th September 2020. Tickets €17.50 on sale this Friday at 11.30AM.

Ghost contains Matthew’s typical eclectic blend of folk, electronica undertones and positive vibes. “While the new album contains the usual traits,” says Matthew, “I have experimented with electronics a lot more and I’ve introduced a bit of a ‘bigger’ sound in terms of instrumentation.”

The inspiration behind the album, he says, is overcoming all sorts of difficulties. It is also what inspired the album’s title. A quirky addition is that the ghost that graces the cover has a name – and his own Instagram account! “While he is cute,” explains Matthew, “Olly, which is short for Oleander, represents fear.”

And that is exactly what Ghost is all about. “The songs on this album represent fighting difficult situations in life. A lot of the difficulty comes down to fear or insecurity. The ghost represents those

insecurities,” he explains. “It is something that intimidates us when we feel most vulnerable, but which ultimately has no power over us because we know that things will get better.”

Ultimately, Matthew only has one goal. “I want there to be a strong message of hope in the music that I write. I want someone to hear a song, be intrigued about what I’m saying, and ultimately feel more hopeful than they did before they heard it” 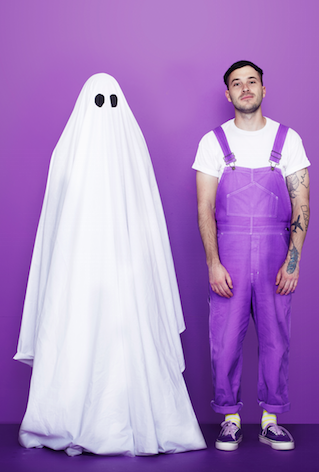