Tickets priced €14 go on sale this Friday 6 May at 9am through www.ticketmaster.ie & usual outlets nationwide.

The follow-up to 2014’s Bury Me At Makeout Creek – which was named after a Simpsons quote and hailed by Pitchfork as “a complex 10-song story [containing] some of the most nuanced, complex and articulate music that’s come from the indiesphere in a while,” – Puberty 2 picks up where its predecessor left off. “It’s kind of a two parter,” explains Mitski, who’s toured around the world and played with the likes of Speedy Ortiz and Hundred Waters since that album’s release. Musically, there are subtle evolutions: electronic drum pads pulse throughout, underneath fervent guitar lines.

The 25-year-old cuts the same defiant, feminist figure on Puberty 2 that won her acclaim last time around.

Born in Japan, Mitski grew up surrounded by her father’s Smithsonian folk recordings and mother’s 1970s Japanese pop CDs in a family that moved frequently: she spent stints in the Democratic Republic of Congo, Malaysia, China and Turkey among other countries before coming to New York to study composition at SUNY Purchase. As you might have guessed from the album’s title, that adolescent period is a time of her life she doesn’t feel she’s entirely left behind. “It came up as a joke and I became attached to it. Puberty 2! It sounds like a blockbuster movie. I actually had a ridiculously long argument whether it should be the number 2, or a Roman numeral.”

Sadness is awful and happiness is exhausting in the world of Mitski. The effect of Puberty 2 however is a stark opposite: invigorating, inspiring and beautiful. It was put together with the help of long-term accomplice Patrick Hyland, with every instrument played between the two of them. “You know the Drake song ‘No New Friends’? It’s like that. The more I do this, the more I close-mindedly stick to the people I know,” she says. “I think that focus made it my most mature record.”

“Bury Me At Makeout Creek sounds like a breakthrough” – 7.7/10 Pitchfork

‘’On record, her voice is intense, moving from a gentle hum into high-pitched ad libs, and live it’s even more impressive”  – The Guardian

“The entire record is full of that kind of standing-on-a-cliff vulnerability, manifesting in shades of rough-hewn folk and discordant indie pop”  – The FADER

“Of all the performances we witnessed last week at Austin’s annual South By Southwest Festival, one show stealer was particularly arresting: Mitski”  – SPIN 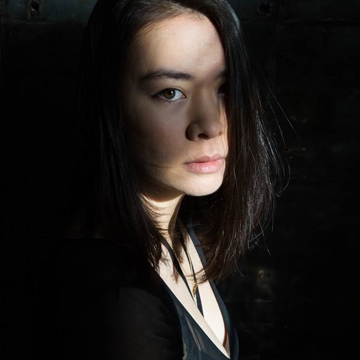