Priests Nothing Feels Natural Out Now!

Recorded in the fall of 2016, the record is the culmination of two years’ writing, touring, tweaking, and refining. Throughout that time the band has carved out an existence on its own terms, performing mostly all-ages shows booked via a network of like-minded artists both within and outside punk communities. The album represents a major step forward for Priests. It’s the band’s most stylistically diverse set of songs to date, expanding on their lo-fi post-punk bona-fides with ideas drawn from pop, R&B, and industrial noise. Thematically, Nothing can be understood as a series of vignettes — nine stories that crystallize into a bigger picture about the economics of human relationships, the invisibility of feminized labor, and the dual purpose of art for both the group and the individual. The album is the first full-length LP released on Sister Polygon Records, the label that Priests founded and operate.

Following the release of Bodies and Control and Money and Power, Priests began to tweak their songwriting process – concentrating more deeply on melody, dialing down the distortion, and experimenting with dynamics. New songs evolved in performance, starting off tentative and gaining confidence and character on tour. The band recorded and scrapped versions of Nothing Feels Natural for almost a year before enlisting Hugh McElroy (Black Eyes) and Kevin Erickson, who worked with Priests previously on Tape Two, their Radiation/Personal Planes single, and half of Bodies. The result is by turns moody and explosive. In these songs, innocuous moments often drive major ideological scene shifts. A cruel joke jostles the power structure of a love triangle. A PR sales-pitch is called out as identity theft. A list of aspirational consumer luxuries are chanted into a twisted emptiness. It’s a record that thrives amid the tension between that what is valued and what is dismissed; between what is desired and what is presented.

Priests have a knack for being in the wrong place at the right time. In January, the week after Donald Trump’s inauguration, the Washington DC four-piece released Nothing Feels Natural. Even though Priests started working on the album in 2014,  Critics were quick to link the band’s alienation-obsessed lyrics to the foreboding political climate. The response left the band frustrated. “The state of the world is troubling to say the least, and deeply disturbing to say the most,” said singer Katie Alice Greer, calling from a tour stop in Glasgow. “No matter who is president of the United States, that will probably always inform what we’re thinking about ideologically.” 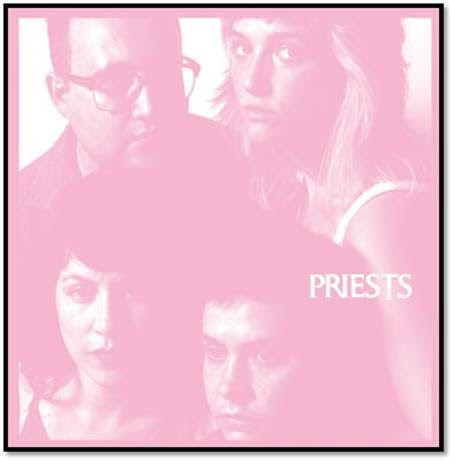