LIVE AT THE WORKMAN’S CLUB

Set it off and Fearless records announce that the band will release its label debut, Midnight, on February 1. The album was produced by Mike Green (Neck Deep, All Time Low, State Champs) and additional production by Brandon Paddock (Panic! At the Disco, Papa Roach, The Used, Daughtry).

The band has just shared the music video for the upbeat and effervescent new track “Lonely Dance.” Watch the clip, which takes place on a spaceship and features the band as astronauts, here. [[http://found.ee/lonelydancevideo]]

The new video follows the previously released track “Killer in the Mirror.”

“This album is going to change the game for Set It Off and we are so happy that you are along on this ride with us,” said singer Cody Carson. “Welcome to ‘Lonely Dance,’ the anthem of the introvert, where we can all be content and not feel like a freak for just wanting to stay inside where we feel at home. We’re really excited about this song and the music video accompanied with it.”

Carson elaborated further about the visual, saying, “It’s honestly my favourite music video of ours to date. As far as the concept, how can you get more isolated than space? It was an unbelievable experience to work on a set so intricate and beautiful as that spaceship and the team behind the camera were just amazing! Not only do we have Midnight coming your way in February, but we’re also headlining Part 1 of the Midnight World Tour in North America and then swiftly following it up with Part 2 in the UK/Europe! Set It Off is BACK! New single, new music video, new album, and two new tours. Let’s continue to grow this family because it’s time to take over the world together.”

Midnight demonstrates a depth and breadth of musicianship. Carson played clarinet and guitarist Dan Clermont played trumpet on the record, while the band also incorporated live strings, live horns, and a live gospel choir into the album. Midnight also includes intricate, instrumental features by Reel Big Fish’s Matt Appleton and Issues’ Skyler Accord, as well as a vocal feature by Wayfarers.

Set It Off — comprised of Cody Carson (vocals), Dan Clermont (guitar), Zach DeWall (guitar) and Maxx Danziger (drums )— are known for creating their own original brand of pop music, infusing bold electronic elements that guide loud, driving rock instrumentations with guitar riffs as catchy as the choruses. The end result is an overall feel-good, dance-worthy vibe. Set It Off, who originated in Clearwater, Florida but are now L.A.-based, command attention and bring authenticity back to pop music in a bold and unapologetic way. The group’s last full-length release, Upside Down, was cited as one of the “Most Anticipated Albums of 2016” by Alternative Press and followed the band’s sophomore album, Duality, which debuted at No. 18 on the Billboard Independent Chart. The band’s debut full-length, Cinematics, debuted at No. 1 on the Billboard South Atlantic Heatseekers Regional Chart, No. 4 on Billboard Heatseekers Chart, No. 9 on Billboard Next Big Sound Chart, and even broke into the Billboard Top 200 chart. Now, Set It Off of come to Fearless Records for their next chapter with the dynamic new single, “Lonely Dance,” which affirms the band have reached a higher level of musicianship. The new track serves as a preview to some of the band’s upcoming, most edgy and pop-driven anthems to date.

SET IT OFF ARE:

SET IT OFF ONLINE: 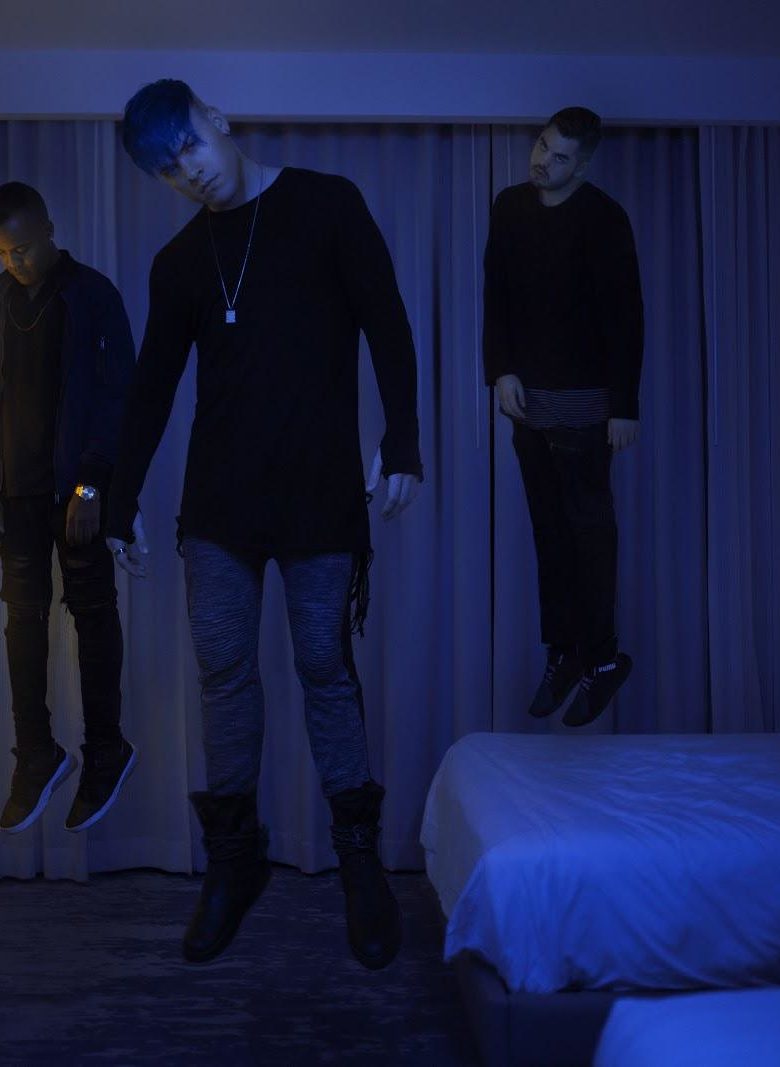