Following their recent sold-out Whelans show, Tandem Felix have announced a hometown return with a date for The Workmans Club, Dublin on 5th April 2018. The gig news comes hot on the heels of Tandem Felix’s track ‘’Were You There (When They Crucified the Birthday Boy)?’’ being shortlisted for RTÉ Choice Music Prize Irish Song of the Year 2017. Votes can be casted on http://2fm.rte.ie/rte-choice-music/

When Dublin-based five-piece Tandem Felix released their EP Comma in 2015, it was heralded as the work whose textural and lyrical subtlety distinguished them from a multitude of other folk-tinged guitar acts. And then, for two years, silence. Dead silence.

From a lamp-lit studio in an industrial estate located somewhere between a ketchup factory and a mustard factory, they re-emerge, returning to music with a new song, told by a distant onlooker, about a birthday party in a deity’s back garden. In Were You There (When They Crucified the Birthday Boy)?, the guests have come to witness a miracle. They have come to bask in the light of this figure. Will the scheduled miracle take place? The first music from Tandem Felix in two years, Were You There hints at an expanded sound and imagery in their debut album, forthcoming in 2018.

Emerging from the Dublin scene that produced Girl Band, Saint Sister and Spies, Tandem Felix is a band that list Sparklehorse and Wilco as key influences. But as a song like Were You There ably testifies, after two dormant years David Tapley has matured as a songwriter, the melancholy angst of his early work given space to float in these newly lush, formally experimental arrangements. Having toured in the US, the UK and Europe, Tapley describes the single as “the first crop yielded after an exciting period of rediscovering what I love about making music”. It is the beginning of a new chapter for a band that now looks set to fulfil the promise of their early acclaim.

“These are classy, country-tinged songs about affairs of the heart, music for grownups, for divorcees, for people who have lived. Tandem Felix rarely break a sweat, let alone rock out or boogie. Maybe that’s why they called themselves that. They weren’t being ironic – they have found their perfect pace, their perfect mood, and for many of you it will be perfect, too.” – THE GUARDIAN

Tickets priced €13 go on sale this Friday 2nd February at 9am through www.ticketmaster.ie & usual outlets nationwide. 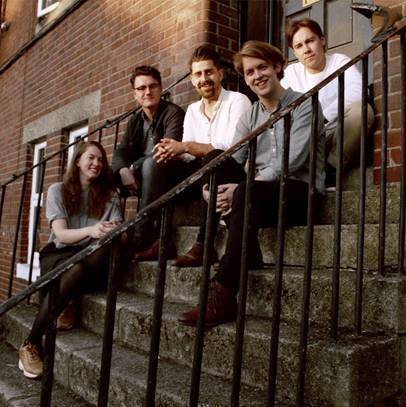