“Irresistibly hooky indie pop making them one of the most instantly appealing new bands we have at the moment” DIY
“We’ve seen the future of indie pop. and it looks a lot like whenyoung” – Dork
“Bold and beautiful, we genuinely can’t get enough.” Wonderland
*******
Following the release of their latest track “Heaven on Earth” through Virgin EMI on May 25th. Limerick’s own whenyoung announced they will performing at Whelans, 17th October 2018, proudly presented by Aiken Promotions.
Showcasing the band’s ability to match up melody with guitar bite, ‘Heaven On Earth’ is a huge powerhouse of a tune. Singer, Aoife Power’s attitude soaked vocals soar over a snaking bassline, jangly guitar riff and powerful drums, all culminating in a massive chorus.
2018 has already been a landmark year for the young band. It’s seen them perform in Dublin as part of Shane Mcgowan’s 60th birthday celebration alongside the likes Nick Cave and Sinead O’Connor. They’ve supported Dream Wife, Declan McKenna, The Vaccines.
Not a band to rest on their laurels they’ve got a packed summer of festival appearances including The Great Escape, All Together Now, Latitude, Kendal Calling and Bestival as well as heading out on tour later this year
More info on whenyoung

whenyoung are Aoife Power (Vocals/ Bass), Niall Burns (Guitar), Andrew Flood (Drums). Their story started in Limerick … three underage teenagers met for the first time after sneaking into Costello’s Tavern: the only bar in town that floated their musical tastes. After bonding over cheap vodka and the sound of The Velvet Underground, they began playing music together and moved to Dublin to seek some big city excitement. Developing their sound, still with a DIY approach, the band moved to London in 2017 to became whenyoung. 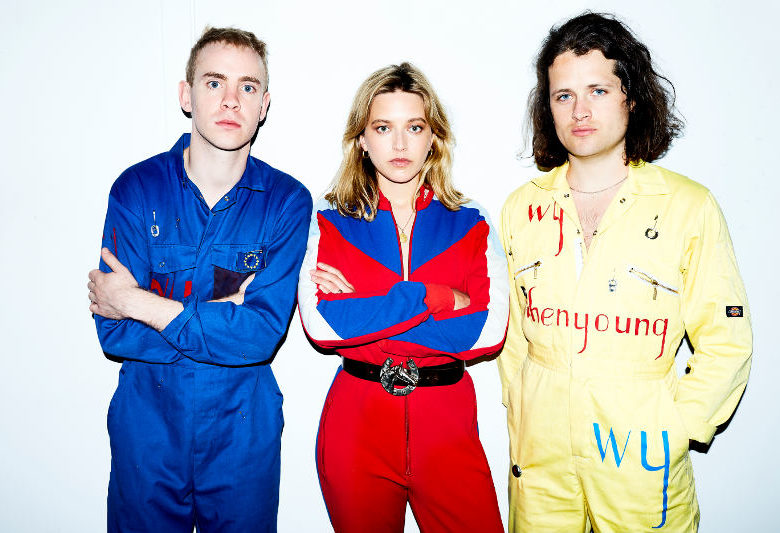