Aiken Promotions presents
BLEEDING HEART PIGEONS
The Workman’s Club
Saturday December 10th
Tickets €13 (incl booking) on sale now from www.ticketmaster.ie
Bleeding Heart Pigeons released their full length debut album ‘Is’ through Virgin EMI in February this year.
The three piece from West Limerick self-produced Is, a collection of well-crafted pop songs that are filtered and layered with heavy synths, feedback and delay. Mixed byDavid Wrench (Jamie XX, FKA Twigs and Everything Everything), the album features the band’s latest single ‘Anything You Want.’
Choppy guitars and droning electronics feature on ‘Anything You Want’ that straddles dreamy indie rock and showgaze-influenced fuzz. Bleeding Heart Pigeons hold together a vast palette of sounds, all of which have caught the attention and support of Steve Lamacq on 6 Music.
The video for Anything You Want portrays the hidden desires of an ordinary man. Directed by the band in a rough, DIY style; it mixes surreal aesthetics with documentary-like techniques. It is their own interpretation of a self’s duality, transition from one world to another where rationality often doesn’t exist. You can watch it here.
The album is a continuation of the Hallucination EP, a surreal journey that reaches its destination on Is. Opening track Frozen catapults you into the psychedelic world of Bleeding Heart Pigeons; dreamy vocals, hazy yet melodic harmonies and a sprinkling of stark synth lines.  The bands sonic rawness is beautifully tapped and blends elements of Interpol and Caribou.
Shoegaze textures wash over track, ‘O Happy, Happy, Happy’ with Michael Keating’s distinctive vocals gradually overlapping and resisting with grit against a wall of reverb which echoes Sonic Youth and early Radiohead. ‘A Hallucination’ is swamped with trippy fuzz guitars and synth swirls as the song spirals into dizzying heights. ‘Is’ proves to be a collection of work that effortlessly meshes together multi-layered and perfectly constructed songs evoking whispers of Interpol, Bjork and Wild Beasts.
Bleeding Heart Pigeons comprises Michael Keating (vocals and Guitar), Brendan McInerney (drums and backing vocals) and Cathal Histon (synthesisers, sampling and backing vocals). The trio hail from rural Ireland and first met around eight years ago, but only recently left their teenage years behind. Having signed a record deal whilst still in school and practising in a parent’s shed, it has taken considered time to put together the songs on their debut album Is, which is set for release Feb 12th next year.
Full tracklisting for Is:
1. Frozen
2. O Happy, Happy, Happy
3. Anything You Want
4. They’re Cutting DownThe Old Oak Tree
5. In The Forest, I Feel Bizarrely More At Home
6. Vapour
7. A Hallucination
8. Isn’t It Funny
9. Sister
10. Dancer
11. Nausea
12. Song With No Meaning
BLEEDING HEART PIGEONS // TWITTER // FB 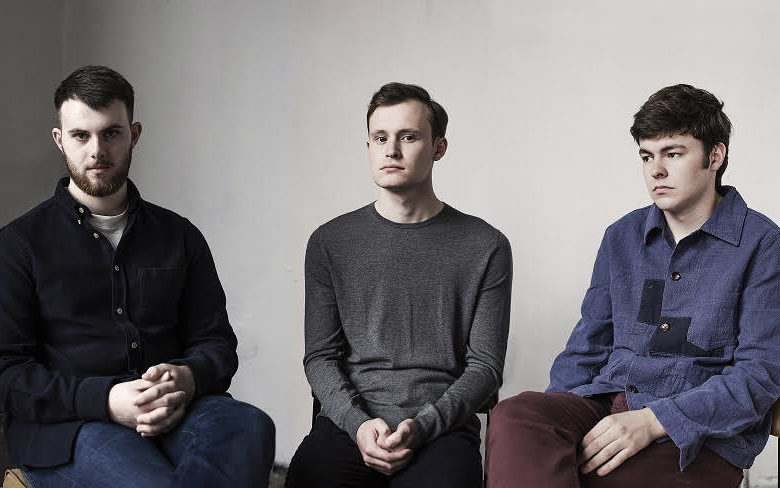