While the band’s Epitaph debut Never Hungover Again was recorded in a mere ten days, Cody is the result of two months in the studio with renowned producer Rob Schnapf, credited on classics by Elliot Smith, Guided By Voices, Saves The Day and Rancid among others. As the band’s guitarist and singer Barry Johnson explains, “It was the first time we really used the studio to our advantage. I felt like I could get a better grasp on what we could do. We always recorded like a punk band—go in and lay ‘em down! Just get good takes! And this time we tried a lot more.” The result is a record that dares to be humble, intimate and unapologetically human. Cody is the album where the band moves past simple pop and punk. It’s a moment for clarity and creative renewal. Without losing any of the emotional power fans love, the band is defiantly looking towards the future.

Hailing from Pity Me, Durham, Martha play energetic, impassioned power pop with intricate vocal interplay and lush four-part harmonies. The band is comprised of J. Cairns (guitar), Daniel Ellis (guitar), Naomi Griffin (bass), and Nathan Stephens Griffin (drums). All four members sing and write the songs. Their debut album “Courting Strong”, produced by MJ from Hookworms, came out in 2014 and was included in NPR’s top 50 albums of that year, winning them the epithet “One of Britain’s best rock bands”. Following a Glastonbury appearance at the personal invitation of Billy Bragg, they went on to play a number of festivals including End Of The Road. Their second album “Blisters In The Pit Of My Heart” was released via Fortuna POP! and Dirtnap Records in July last year, to critical acclaim from the likes of Pitchfork, Noisey, AV Club and Rough Trade, and went on to win the 2016 Drowned in Sound ‘Neptune Prize’ 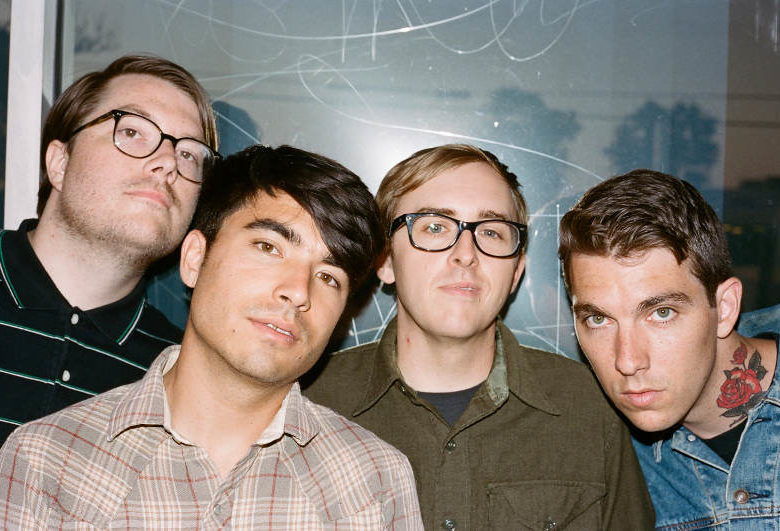