ANNOUNCES BIGGEST RUN OF U.K. AND IRISH HEADLINE SHOWS TO DATE THIS NOVEMBER

British but born to Canadian parents, and a focal point of the vibrant South London scene which includes Shame, HMLTD, Goat Girl, Sorry, and black midi to name but a few, Matt Maltese’s acerbic, witty songwriting has won admiring glances on both sides of the Atlantic around the release of Bad Contestant. The record received rave reviews with four stars coming from CLASH, Dork, The Line Of Best Fit, NME, and Q, and five from DIY. NPR crowned Bad Contestant “love songs for the end of the world”, and Noisey labelled Matt a teenage Jarvis Cocker, “if he’d spent more time at The Windmill pub in Brixton and was in a better mood.” While Wonderland said “the songs twinkle with sincerity and hopefulness” just as Another Man lauded the record’s “to-the-bone depictions of young life.”

With Bad Contestant out in the world, attention now turns to bringing the record to life in front of Matt’s growing legion of fans up and down the country this November.

“one of the most exciting emerging British songwriters in years”

“Rarely has gloom sounded so glamorous…”

“we’re all privy to the cool, calm and collected, swooning and crooning, world that Matt Maltese sees”

The Line Of Best Fit

“‘Bad Contestant’ sets Maltese on the start of a path that marks him out as a true prodigious talent.”

“gratifyingly droll dispatches from the frontline of hopeless romanticism” 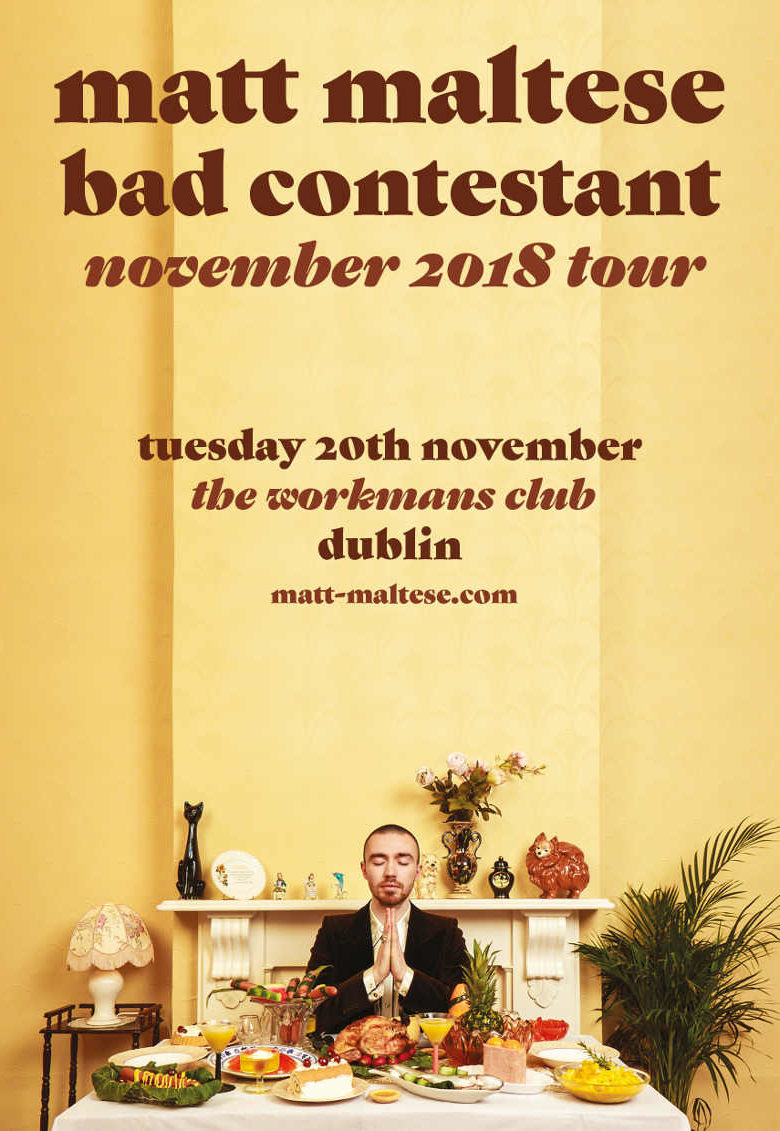