Formed in 2013 after guitarist Ben Hopkins and drummer Liv Bruce bonded over bringing drag culture and performance art into the D.I.Y. scene while studying at upstate New York’s Bard College, the pair set about writing and recording material for a demo. PWR BTTM’s first EP, Cinderella Beauty Shop, appeared in 2014, with its raw pop-punk and garage rock sound drawing comparisons to the likes of queercore pioneers Pansy Division and God Is My Co-Pilot. While creating a buzz with their live shows, the pair followed up their debut release with the split EP Republican National Convention with Jawbreaker Reunion. Continuing to tour throughout 2015, the pair entered the studio to record their debut album, with the resulting Ugly Cherries appearing in the U.S. on Father/Daughter Records in September. Earning rave reviews for their take on queer punk, the album was issued the following year in the U.K. and Europe on Big Scary Monsters. 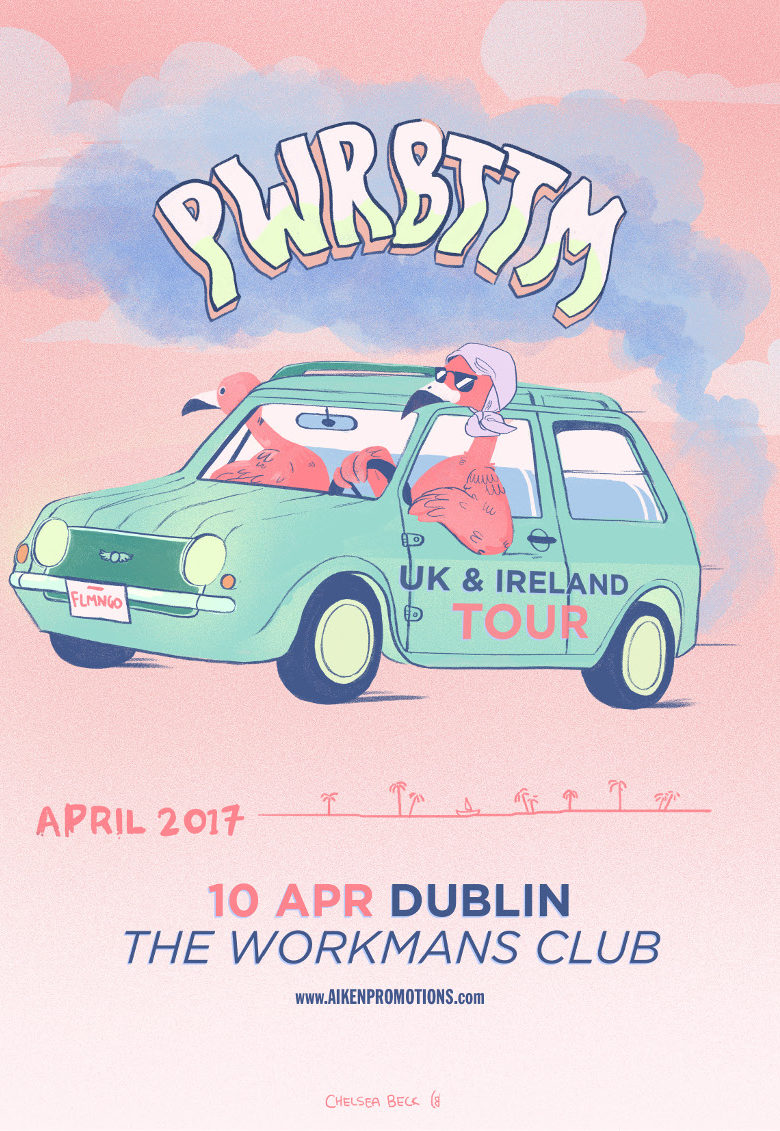