Aiken Promotions present Ross Breen at the Workman’s Club on Saturday June 6th. The full band event will be Ross’ first headliner show in Dublin since 2014’s visit to Unitarian Church. Special guests to be confirmed.

Ross Breen released his self-produced debut album When I Met The Devil in 2011, followed by new singles, Nobody’s Perfect, in 2014, and Idyllic Valley in 2015. Following a live performance on RTE1’s the Saturday Night Show recently, Idyllic Valley reached number one in the iTunes Ireland rock charts.

In 2012, Ross was awarded the title of Ireland’s Best Unsigned Singer-Songwriter by Newstalk FM’s the Tom Dunne Show after his song Monet was chosen as the strongest entry from over a thousand submissions. Shortly thereafter, his song Life Support was chosen as the title track on a compilation album released nationally by Delphi Records in aid of Pieta House.

His second album, New Born Vibrancy, is due for release in 2015. In addition to his recording achievements, the Kildare-born songwriter has consistently impressed on the live stage, earning countless invitations as a special guest with the likes of Midlake, Bell X1, Sinead O’ Connor, Declan O’ Rourke, Damien Dempsey and Oscar-winner Glen Hansard. As well as completing a successful east-coast tour of the U.S. in late 2011, Ross Breen has built up a large following performing with his band at a number of Ireland’s premier festivals, including Electric Picnic, Body And Soul, Indiependence and Hard Working Class Heroes. 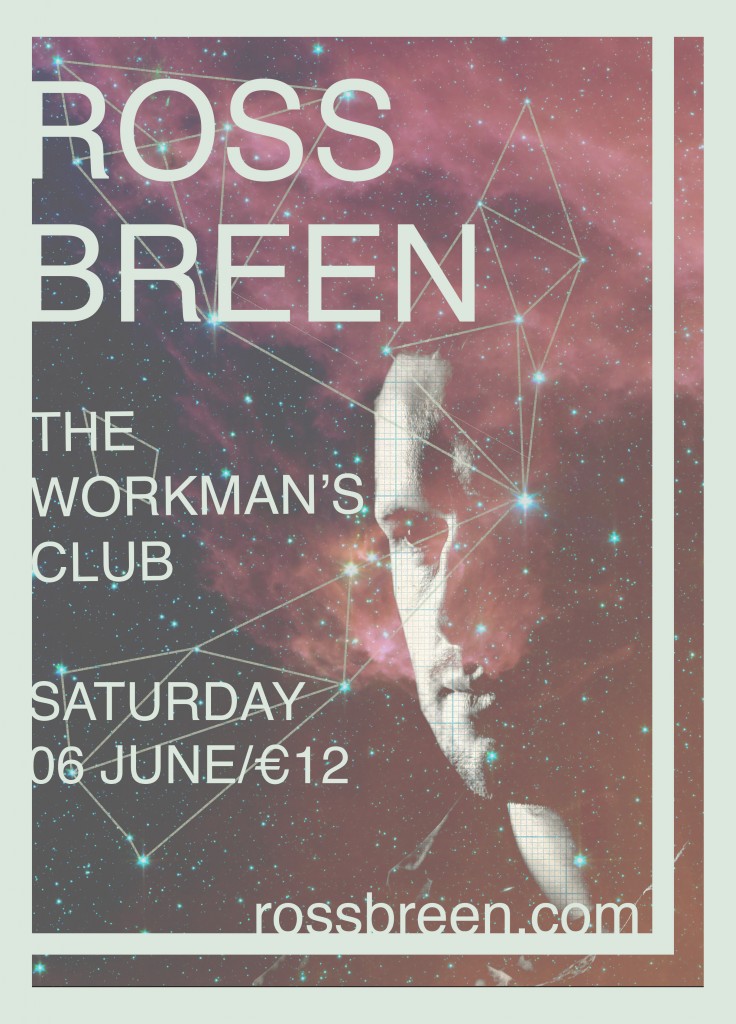