Irish alt-folk and electronica alchemist Seamus Fogartywill release his new album The Curious Hand on October 6th. It is his first for Domino and follows his debut full-length God Damn You Mountain (Fence/Lost Map) and 2015’s EP Ducks and Drakes.

The video, directed by Jack Barraclough, features Fogarty alongside his bandmates Emma Smith and Aram Zarikian in a number of unusual poses as they work their way through a series of choreographed adventures intertwined with beautiful hand drawn animation courtesy of Finnish artist Venla Linna. Seamus says of the video: “I wanted to do something that would reflect the variety of styles and influences that people will hopefully hear on the record.  Jack has made some of my favourite videos and I wanted to get the other two (Emma & Aram) in on the act because they are amazing dancers and played a huge part in getting the album across the line”

Originally from County Mayo on the west coast of Ireland, Fogarty now resides in London, and the capital provides the canvas for The Curious Hand. It’s there in the starkly heartbroken ‘Seems Wherever’, written from the perspective of the tube system and the deep well of the city’s troubled soul, and in the stony-faced rush hour commuters in ‘Van Gogh’s Ear’, pouring onto train carriages “bound for Egham or Whimple or West Ham”. But The Curious Hand also reaches back to Seamus’ homeland and past in charmingly simple and direct ways. Midway through the title track, for instance, a sampled conversation between neighbours back in Mayo takes centre stage as the musicians set off down yet another new musical path. Elsewhere, on ‘Tommy the Cat’, a skeletal instrumental becomes a bed for a recording of a shouting competition in the West of Ireland.

Fogarty’s method of lifting sounds wholesale from his environment and tucking them into the folds of his songs like keepsakes, renders himself at once, artist and archivist as well as twisting the notion of the folk singer’s role as collector and custodian of stories, traditions and cultural curio. 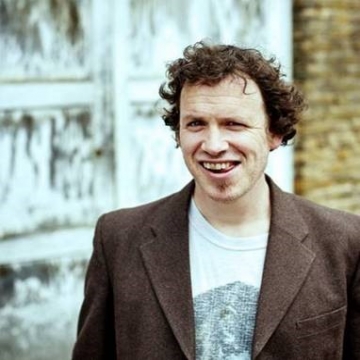