Shame have announced a new headline autumn UK & European tour including a stop-off at The Workman’s Club, Dublin this October.

“Our music is about wanting to provoke something,” says Charlie Steen, 19-year-old lead singer of London’s most talked-about young band, SHAME. “It’s not about standing onstage and singing pretty love songs. It’s about confrontation, energy, adrenaline and anarchy.”.

Since starting out as school boys, this five-piece band has become notorious for stealing every stage with the outrageous, jaw-dropping performances that have become the Shame signature. Their riotous two-year journey has included gate-crashing a Glastonbury stage, supporting The Fat White Family, Warpaint and Slaves, performances in Europe, Austin Texas, a nomination for best new artists at the prestigious Anchor awards, headlining their own UK tour and releasing the double A-side single, Gold Hole/The Lick.

Formed in the playgrounds of South London, Steen met guitarist Sean Coyle-Smith at primary school. They got together with guitarists Josh Finerty and Eddie Green at secondary school. Charlie Forbes – the drummer – was at nursery school with Green. Bonded by their precocious taste in music (one of their first gigs was supporting their hero Mark E Smith of The Fall) during their A level years they were hanging out at Stockwell’s Queen’s Head – unofficial home to The Fat White Family.

“We were sucked into this alternative world which just crystallised everything we thought about” says Steen. “There were drag queens and jobseekers; people who’d been in bands, like Alabama3, The Ruts, and the bassist from Stiff Little Fingers – this older generation of people and they saw a kindred spirit in this little group of schoolkid runts.” Along with the Queen’s head crew, The Fat Whites inspired and mentored them. “In a sea of mundanity the Fat Whites were exciting and dangerous,” says Steen. “It was like watching chaos explode in front of you.”

As their foothold in the South London scene grew, Shame instigated the daredevil club night, Chimney Shitters and creating a politically outspoken, DIY ethos reflecting a punk spirit in today’s world. “We are not puppets. Everything we do, we do ourselves,” says former Camberwell student, Steen. “From our songs to our clothes to the artwork for the singles, T-shirts, and fanzines. It’s all us. We are about creating a movement – it’s all our blood, sweat and tears.”

With a UK headline tour under their belt, 40-odd festivals this summer, their first album is being produced by Local Hero, aka Dan Foat and Nathan Boddy best known for techno music and work with James Blake. More details coming soon! 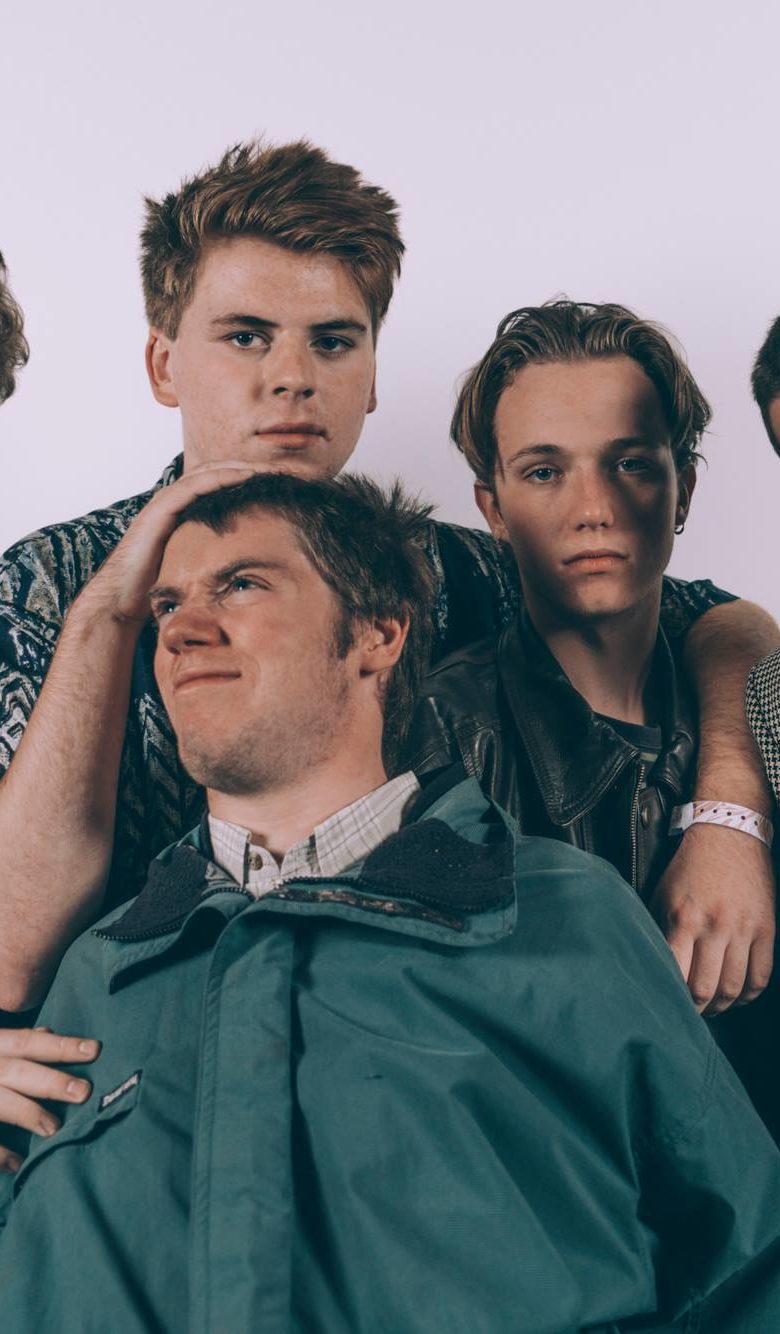