Aiken Promotions proudly presents Squarehead with special guests Soft On Crime live at The Workman’s Club, 12th October 2019. Tickets €12.00 inclusive of booking fee available from Ticketmaster on Friday at 10AM.

Squarehead formed in 2010. Since then they’ve released a slew of albums, singles and EPs. Their sound ranges from 1950s-tinged bubblegum pop to a more aggressive 1990s alt rock, with space jams in-between. Vocalist/guitarist Roy Duffy and Bass player/backing vocalist Ian McFarlane met in the oppressive environment of an all-male Catholic boys’ school. The grey uniforms and greyer Dublin skies inspired the pair to find colour and beauty in music. Both after school and every summer was dedicated to forming a psychic bond which, to this day, serves them well when crafting their songs. Following a brief foray into math rock in the mid-2000s, the two began working on some of Roy’s acoustic demos.  The sound that emerged was softer, hookier and truer than previous efforts. They released their first single, “Fake Blood”, in 2010 through James Byrne’s (Villagers) Any Other City label, and the song went on to be voted ‘Song Of The Year’ by readers of the Irish music blog Nialler9.

Having tried out numerous percussionists, they eventually settled on local drummer-for-hire Ruan Van Vliet. At that time Ruan boasted to playing in more than 9 bands, much to the guys’ dismay. Fortunately, that didn’t stop the trio from recording their first album, “Yeah Nothing”, which was released by Irish indie titan The Richter Collective in 2011.

Two solid years of touring, festivals and recording followed, interspersed with a countless stream of singles, split albums, covers and collaborations. The band toured the USA for the first (and second and third) time taking in the usual SXSW, CMJ, CMW and Eurosonic showcases. By 2013, they were eager to record their next album, having built up some serious chops on the road. The recording sessions for the band’s next album, “Respect”, should have been a warning sign. 17 songs were recorded in 3 days (whittled down to 11 for the album) found the guys firing on all cylinders and channelling their heaviest, angriest and saddest influences. Mixed and mastered within a week, the trio self-released ‘Respect’ in late 2013 to public and critical acclaim. A video for the single “2025” was directed by actor Domhnall Gleeson.

In 2014, Roy, Ian and Ruan decided to take a brief step back. While still writing and rehearsing weekly, the band played only a handful of dates and festivals. Following this rest period they began assembling material in earnest for their third album proper. 2016 and 2017 were used for multiple recording sessions with “Respect” producer Leslie Keye whilst also finding time to tour the UK and Ireland with like-minded friends Frankie Cosmos.

After nearly a decade in the game, this new body of work finds Squarehead still learning, growing and exploring their sound with the help of synth/keyboard warlock Ruadhan O’Meara (No Spill Blood/Magic Pockets). The guys are very excited to release the album through long-time promoter and Squarehead champion Gugai McNamara’s new Strange Brew label. 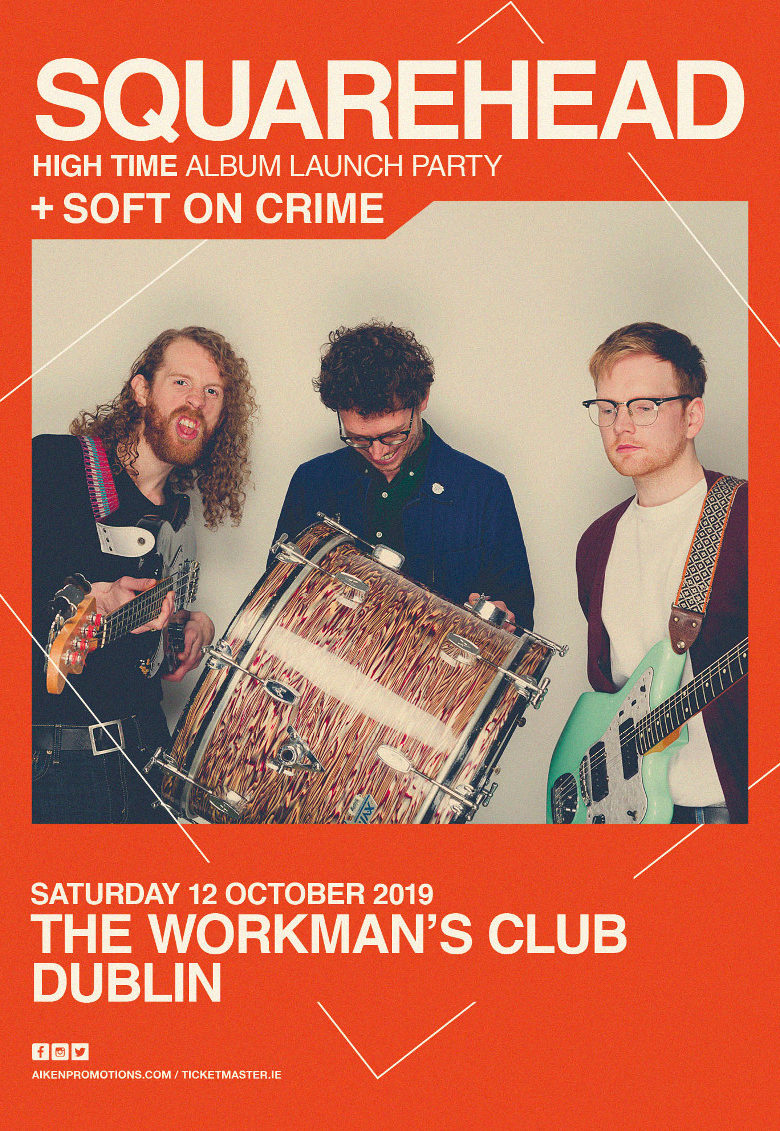