The Album Leaf started as the solo project of Jimmy LaValle, a San Diegoborn, Los Angeles based songwriter who began recording material one year after forming the instrumental post-rock band Tristeza. Inspired by a number of genres — electronic, ambient, traditional latin and 70’s pysch-rock among them — LaValle constructed his own songs in a similarly eclectic manner, utilizing everything from ambient noise to field recordings and samples. An Orchestrated Rise to Fall introduced the resulting sound in 1999. LaValle’s second full-length album, One Day I’ll Be on Time, was released by Tiger Style in March 2001. The Album Leaf’s profile blossomed as a result of those recordings, and LaValle found himself opening shows for Sigur Ros around the world. By the time he began recording his third album, he’d also secured the services of Sigur Ros and their Icelandic studio. The resulting album, In a Safe Place, appeared on Sub Pop in June 2004.

LaValle’s next album, Into the Blue Again, followed in September 2006. The Album Leaf then toured extensivley throughout the remainder of the decade, performing in multiple continents and with appearances at the Hollywood Bowl, Red Rocks Amphitheater, ATP’s -I’ll be your mirror festival, Primavera Festival and the Metamorphose Festival in Japan.. Since 2010, LaValle has scored 5 documentaries and films having released Soundtracks for – “Torey’s Distraction”, “Before You Know It” and Spring”.

2012 saw the release of an EP, “Forward/Return” this represented a shift in the bands sound and line-up. in 2016, The Album Leaf will release a new full length titled “Between Waves” which will further represent a new direction musically. This is also the first LP since 2010’s “A Chorus of Storytellers on Sub Pop Records. 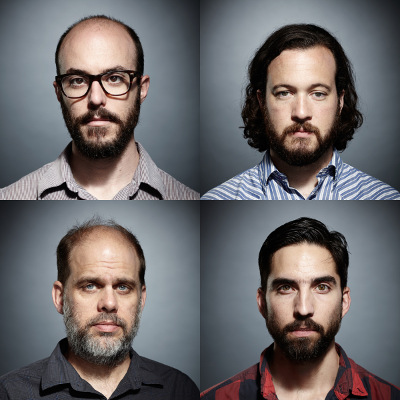