Over the past five years, the Once has been quietly making a name for themselves in their native Canada. The Newfoundland-based band has collected a trio of Canadian Folk Music Awards, been named Newfoundland & Labrador Art Council’s Artist of the Year and earned a Juno nomination for best Roots/Traditional album. In the coming year, however, the rest of the world will get to discover the joyous, harmony-rich acoustic music that have made them such favorites in their homeland.

This summer, the trio (Geraldine Hollett, Andrew Dale and Phil Churchill) will release Departures – their first album on Nettwerk Records – as well as embark on a world tour opening for Passenger, beginning in America, before heading to Europe and then Australia and Asia.

Departures proves to be a fitting title for this album. The songs themselves often touch upon a sense of departure – whether it is in a poignant tribute to someone who has died (“The Town Where You Lived”), a vivid tale of murder (“The Nameless Murderess”), a song to a loved one left behind (the on-the-road love letter “All The Hours”) or a tune about leaving someone (the breakup ode “Fool For You”). Although the songs come from different band members, the shared lyrical themes isn’t surprising since the three, as Churchill notes, have spent many years together, traveling in the same small van and going through similar life experiences. The Once also operate very much as a democratic, collaborative unit so that everyone contributes to each others’ tunes.

Long-time fans of the Once will notice an increase of the band’s songwriting credits on Departures. Their previous albums were populated mainly with traditional folk songs or reworked tunes by Leonard Cohen, Tom Waits, Queen and the Strawbs. The new record, in their own estimations, holds more originals than on their other ones combined. Hollett says that the new album reflects the group “feeling more confident to do what we want.” Dale also feels that they threw their “trepidations out the window” on this recording. Departures represents the Once’s most honest and personal effort to date, with songs ranging from Dale’s admittedly sappy love song to his fiancée “You Lead I Will Follow” to “The Town Where You Lived,” a tune that Churchill wrote for his father who died over a dozen years earlier. Churchill admits that he hasn’t been able to talk to even his friends about his dad’s death before writing this song.

Despite the many changes, the Once remains rooted in its essential musical elements – Hollett’s incandescent voice, the trio’s gorgeous harmonies and the spirited acoustic instrumentation supplied by Dale and Churchill. Both talented, versatile players, Dale and Churchill utilize guitars, mandolins, banjos and even a bouzouki to build a rich musical tapestry. Although the band has come out of Newfoundland’s Celtic-inspired traditional music community, they draw upon a range of influences that’s best exemplified by their genre-spanning cover selections. On the new disc, they tackle the Newfoundland standard “Sonny’s Dream” along with an enchanting rendition of Elvis Presley hit “Can’t Help Falling In Love.” Churchill believes that, on Departures, the group has woven these various musical strands together more naturally and cohesively than ever before. Even the rousing, horn-punctuated arrangement they give “The Nameless Murderess,” which evokes the Preservation Hall Jazz Band, Tom Waits and even a touch of Bertolt Brecht, still feels organically tied to the other songs.

The glue that binds all the songs together is the singing. Lead vocalist Hollett, who the Toronto Globe and Mail hailed as a “pure-voiced starlet,” is a captivating, compassionate singer who has brought comparisons to such iconic Americana stylists as Alison Krauss, Gillian Welch and Emmylou Harris. On “All The Hours,” her warm vocals express just the right balance of “woo and woe” while the twangy heartache she infuses “Fool For You” with suggests a young Linda Ronstadt. Just as important to the band’s sound are the wonderful harmonies that the Dale and Churchill form with Hollett. In fact, it was harmonizing that first brought the three together. While part of a summer theater company in 2006, they started singing around a kitchen table. Their chemistry was so immediate – a “light-bulb moment” according to Dale – that it led them to keep singing, and making music, together.

Although the band’s name derives from an old Newfoundland expression that means right away or imminently, the Once actually evolved rather gradually as a band. It wasn’t really until 2009, when they made their first album, that the band became their main, full-time concern. Churchill charts their evolution through their CD releases – “the first one was for friends and family, the second for fans and now the new one is for new people.”

That first album actually came about due to a stroke of serendipity. A stranger at a show was so impressed that he offered them $5000 to record an album. Their award-winning self-titled debut was released by the Canadian label Borealis Records as was its follow-up Row Upon Row Of The People They Know, for which they received the Juno nomination. The band self-released a Christmas CD in 2012 and still had that independent spirit when they started their new album. The initial recording sessions were a bit of struggle, as Hollett admits: “it didn’t seem like things were falling into place.” Taking a break to tour, the band had good fortune smile on them again when Nettwerk Records CEO Terry McBride heard them perform at the Vancouver CelticFest. He was so charmed that he quickly signed the Once to his label.

Returning to the studio, the Once found all the pieces coming together. They became, in Churchill’s words, “the type of band we wanted to be” – making music that forms a bridge between traditional and contemporary acoustic music. Hollett proclaims Departures “the best thing we’ve done,” and all three band-mates share an excitement over what awaits them with the release of their Nettwerk debut and their upcoming tour with Passenger. 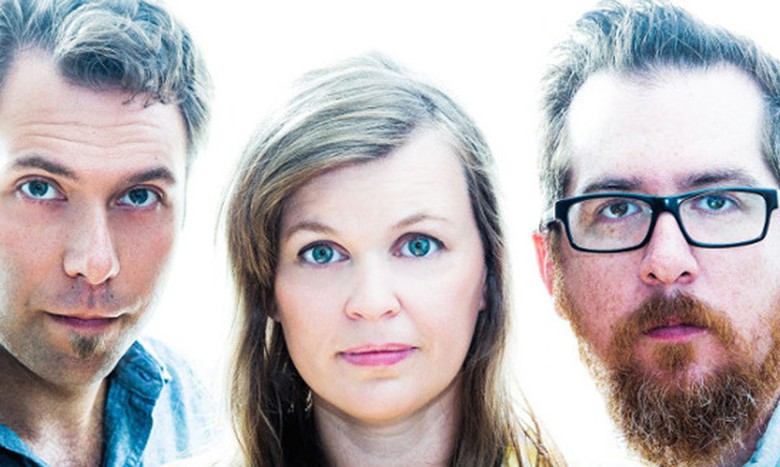