“Reconstructing old sounds into pleasures not already worn away by repetition is tough, but in Changing Colours The Sheepdogshave carved out a little niche that’s all their own” **** – Planet Rock

Following in the wake of the band’s much-praised 2015 release ‘Future Nostalgia’ (“Stuffed with great melodies, delivered with uproarious fun” **** – Q, “Full of glistening classic rock tunes” – Independent), the new album marks a distinct change in their process, with the band hauling in an array of new instrumentation whilst working alongside co-producer, Thomas D’Arcy.

Saskatoon’s Sheepdogs have crafted a bustling back-catalogue of albums during the course of eleven years – including a Patrick Carney (Black Keys) produced fourth album – notching up three no.1 singles and earning four Juno awards along the way. Following in the footsteps of Canadian rock legends including Neil Young, The Band and The Guess Who with a bold take on classic guitar rock and a polished retro sound, The Sheepdogs came to prominence in 2011 as the first and only unsigned band to appear on the cover of Rolling Stone, subsequently leading to a performance on Jimmy Fallon, a support tour with fans of theband, Kings of Leon, and festival dates including thelikes of Coachella, Lollapalooza and Bonnaroo.

The Sheepdogs have expanded their instrumentation on their latest effort to encompass more styles and hues, enhancing their beef-and-boogie riffs and rhythmic shuffles whilst still tipping a similar wide-brimmed hat to the likes of Lynyrd Skynyrd, TheAllman Brothers and ZZ Top. “We identify strongly with rock ‘n roll, but there’s definitely some branching out,” notes Ewan Currie, TheSheepdogs’ singer, guitarist, songwriter and now occasional – and yes, you’re reading this correctly –  clarinetist. ‘Changing Colours’, which drew its title from the album’s varying musical tints, spans a much wider range of sounds than evidenced previously, from the cool Stax-soul aura of ‘I Ain’t Cool’, packed with vibrant cuts of brass instrumentation, through to the Latin percussion of ‘The Big Nowhere’ and explosive fiddle of ‘Let It Roll’.

This new musical liberation took flight following the band’s lengthy supporting tour for ‘Future Nostalgia’ when they relocated to Toronto’s Taurus Studio and enlisted the studio’s owner, Thomas D’Arcy as co-producer. A fresh milieu of surroundings brought about a reinvigorated outlook for the band and ultimately, a different approach to the recording process. “It was very low key,” says Currie. “We didn’t have a clock. We would work until we were bored or tired. Then we would stop.” The ‘Changing Colours’ sessions brought about further modifications tothe band’s line-up, enlisting a new Sheepdog in the form of Jimmy Bowskill. Originally parachuted into the group as a live replacement, Bowskill eventually helped outline much of ‘Changing Colours’ with his pedigree across a number of instruments, including mandolin, fiddle, guitar and banjo. The folk-flavoured ‘The Bailieboro Turnaround’ is dedicated to Bowskill (named after his Ontario hometown), coming amidstthe album’s closing run of tracks, which incidentally began life as an extended 6-track medley beginning with ‘Born A Restless Man’ and concluding with ‘Run Baby Run’.

Ultimately, ‘Changing Colours’ is a testament to the workhorse ethic of the band that has been instilled since early hits including ‘I Don’t Know’ and ‘Feeling Good’; the notion of seeking a muse and running with it – the rest just takes care of itself. “Do good work and the people will find you,” notes Currie. “Let the work speak for itself. That’s our big philosophy.” 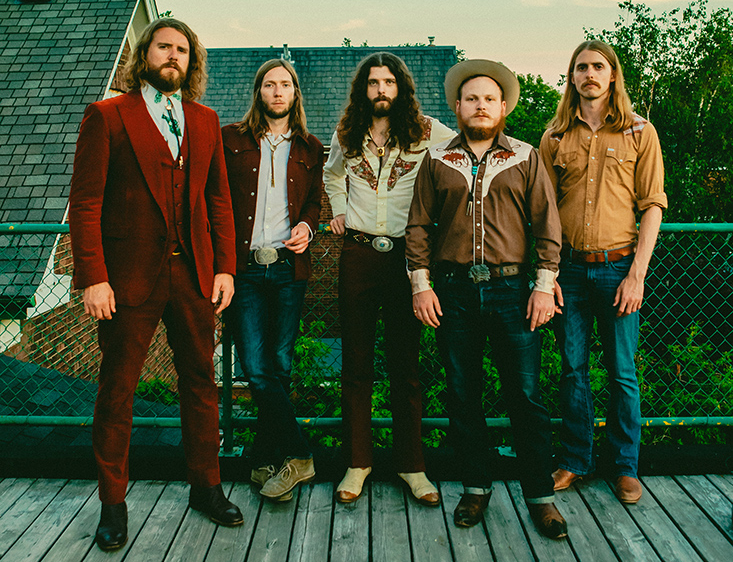