Amy Ellen is an indie pop/rock Dublin based artist. During her time at music college BIMM she connected with various artists which eventually led Amy to focus on writing and performing her own music.

By 2019 she had formed her own live band, opening for acts such as Leila Jane and Emma Langford steadily building up her fanbase since. Ellen has taken part in various musical projects including those of Lisa Hannigan’s ‘We, The Drowned’ as part of the Theodora Byrne Ensemble in late 2021 and Tommy Cullen for his track ’In the Winter’ (3rd of Nov).

She released her debut EP ‘Only You Will Know’ last September. The EP is a compilation of Ellen’s previous singles plus a bonus title track, blending influences from Kurt Vile and Mazzy Star.

After focusing on writing for the past two years, Amy is set to release her new single ‘Day Dreamin’ at the end of May. 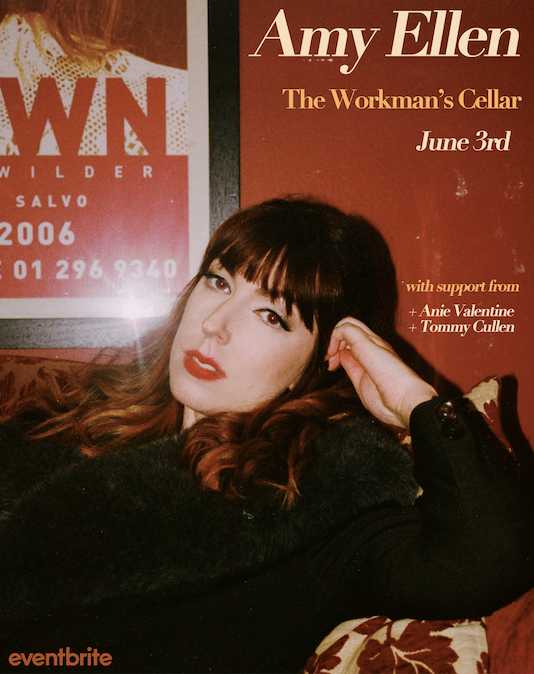