There are currently 8,857 people experiencing homelessness in Ireland. 3,333 of these people are children. Homelessness can mean sleeping rough, staying in emergency hostels and shelters or staying in temporary accommodation such as B&Bs and hotels. Between 40 and 50 homeless people die each year in Ireland, denied what is their basic right.

Organisations such as the Dublin Simon Community do absolutely invaluable and necessary work to ameliorate this crushing reality. They offer incredible support and services to over 8,000 people a year who are dealing with the daily worries, dangers and injustices facing those either experiencing or at risk of experiencing homelessness.

To help support the fantastic work done by the Dublin Simon Community, I will be hosting an evening of poetry and music in the Workman’s Club this February the 20th of February. I’m delighted to have a stellar line up of poets and musicians for what will be an evening of fabulosity in aid of a good cause – what is not to like? So, please, come, give the Dublin Simon Community a fiver, have a nice pinteen and listen to some gorge poetry and music by some very talented and lovely people. Sound.

THE UNREAL LINE UP…

Check out the absolute unreal lineup and their unreal work below!

Eva Griffin is a poet living in Dublin and a UCD graduate. Her work has been published in Tales From the Forest, All the Sins, ImageOut Write and This Is Not Where I Belong*, with work forthcoming in The Ogham Stone. She is the former Visual Arts editor for HeadStuff.org.
https://www.google.ie/amp/s/talesfromtheforest.net/2017/04/23/spotlight-eva-griffin/amp/

Originally from Inishowen, Co. Donegal, Jess Mc Kinney is an English Studies graduate of UCD. Now living and working in Dublin, their current poetic project is a mixed media reaction to the recent housing crisis, informed by additional themes of displacement, relationships and memory.
Their work has been previously published in A New Ulster, Impossible Archetype, HeadStuff, In Place, Hunt & Gather, This Is Not Where I Belong*, Three fates: Garden Witch and with several other local zines.
Facebook – https://www.facebook.com/jessmckinneywriting
Website – https://sulkymoon.wordpress.com/

Maija Sofia grew up in the deep countryside but now lives between Dublin and London. Described by The Thin Air as ‘a true ingenuity’ and recently appearing on the cover of the Irish Independent Review as one of Ireland’s young ‘future makers’, she writes evocative, dark folk songs fuelled by anger and wonder alike. She has toured relentlessly across the UK and Ireland, opening for the likes of Julien Baker, Joan As Policewoman, Goat Girl and Mutual Benefit, and has performed at major Irish festivals such as Electric Picnic and Other Voices. Appealing to fans of PJ Harvey, Cat Power and Joanna Newsom, Sofia’s music blends devastatingly poetic lyrics with raw electric guitar and a surprising energy for a solo performer. Her upcoming single ‘Flowers’ is released on the 19th of Jan 2018.

Unique, experimental yet ambitious, his material draws heavily in tone and subject matter from his upbringing in rural Ireland, demonstrating a wild love of language.

Currently based in Dublin, Junior Brother’s played the annual Whelan’s Ones to Watch festival the last two years, as well as The Ruby Sessions in Doyle’s of Dublin, and has played support for acts such as the Hot House Flowers, The Spook of the Thirteenth Lock and R.S.A.G.

JB has taken his striking live performance style to stations such as 98fm and Radio Nova, and has seen his songs aired on such national broadcasters as 2fm and Lyric FM.

“When I was listening to him – you know when you’re having that thing where you’re ‘I can’t decide if this guy is a genius or if I don’t like it’. And then I settled on ‘No, this guy’s a genius'”
Eoghan McDermott, 2fm

“He sings in a voice that makes no concession to the conventional approach of knocking off corners to gain acceptance, and he is all the better for it.”
Pat Carty, Hotpress Magazine
Junior Brother – Hungover At Mass (Music Video)
Junior Brother – Hungover at Mass Buy Digital/ Physical Single: https://juniorbrother.bandcamp.com/album/hungover-at-mass-names-of-thingsFacebook: facebook….
youtube.

Kean Kavanagh is the co-owner of Soft Boy Records and a producer and songwriter in his own right. He’s been quietly working away on his own music while releasing other’s project through the label, and he has been described as sounding like “a jazzy David Gray” which he does not take offence to. He promises more music to come in 2018. 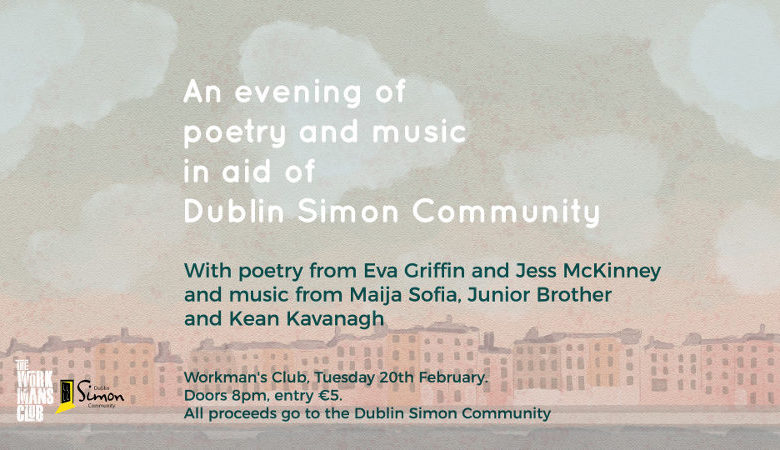