APE RISING – Cavan alt synth rockers Ape Rising return to blitz the workmans stage for the release of their debut single “King of the Universe”, the boys are squirrelled away in a top secret bunker finishing their self produced debut album so catch them on one of their few outings this summer.

TRAVIS OAKS – Known for their wild, energetic, live performances that compliments their powerful, hook-driven original style of rock n’ roll, Cavan/Dublin four-piece
Travis Oaks have been invited to support big names such as The Riptide Movement, The Hot Sprockets , ASH and most recently The Strypes, at the sold out Olympia Theatre. Travis Oaks have reached an overwhelming status; playing major venues in Ireland, Northern Ireland, France Scotland and UK, receiving national media attention, regular radio airplay and a loyal following. Travis Oaks continue to tease their fans in the form of a 6 track EP, released on June 10, 2016 to high critical acclaim.

MEGACONE – Megacone are a 5 piece instrumental band that use 3 lead guitars to create immersive compositions that bounce between genres from jazz to dance and everything in between. The band recently released their 2nd EP Absolute Magnitude which gained them attention from Prog Magazine UK. The band are playing all over Ireland this summer including many festivals such as Knockanstockan and Electric Picnic.

GRIFFO – Musician// songwriter David Griffin has been rattling all sorts of cages looking to find a bed in the Irish music industry. He is currently mixing New Secret Weapons second record due for release this coming winter. His solo sets are admittedly his stranger softer self. 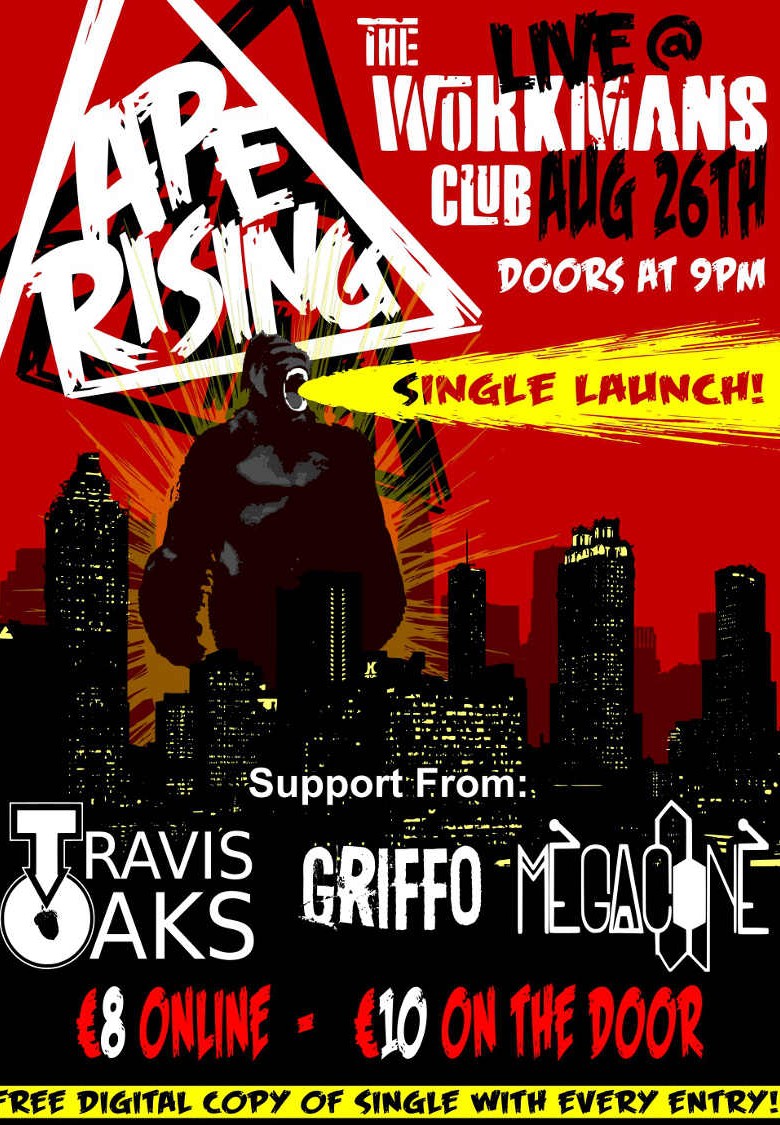