“One of the very best bands in the country”. – Thin Air

“Mining Television, ESG, Suicide and the The Slits” – Irish Times

Autre Monde debut album “The Imaginary Museum” produced by Daniel Fox (Girl Band) is out this Friday, 28th February on Strange Brew. To celebrate, they have announced a headline show at Dublin’s Workman’s Club, on Saturday 11th April 2020. Tickets €12 on sale this Friday 28th February at 9AM.

On the creation of the track, songwriter and bassist Padraig Cooney explains: “I wrote ‘Brain Upon Your Pillow’ as a kind of Latin-y folk ballad, all finger picked guitar. It was written in the midst of Autre Monde really finding its feet, understanding what we were as a band, and it was just natural that it would become this groove thing with a hint of desperation and drama. That Grace Jones Pull Up to the Bumper beat, we’d be happy to play it for hours, so the song stretches out on it a bit before taking its other turns.

It’s a paranoid song, it’s about not sleeping and the threats that torment the character at night. I always picture them as some kind of huckster made good for whom the con is over. It’s Uncut Gems!”

Autre Monde emerged from the ashes of the Popical Island collective as its headquarters fell victim to the city’s relentless purge of cultural spaces in 2017. Indeed, the first Autre Monde rehearsal was on the last day of the Pop Inn’s existence as a venue/rehearsal/recording space on Little Britain Street.

They signed to Strange Brew in 2019 in time to release the first fruits of those sessions. The first single from The Imaginary Museum, Fever in May, was used in an Audi ad in late 2019. They have been invited to play at the 2020 SXSW festival in Austin, Texas. 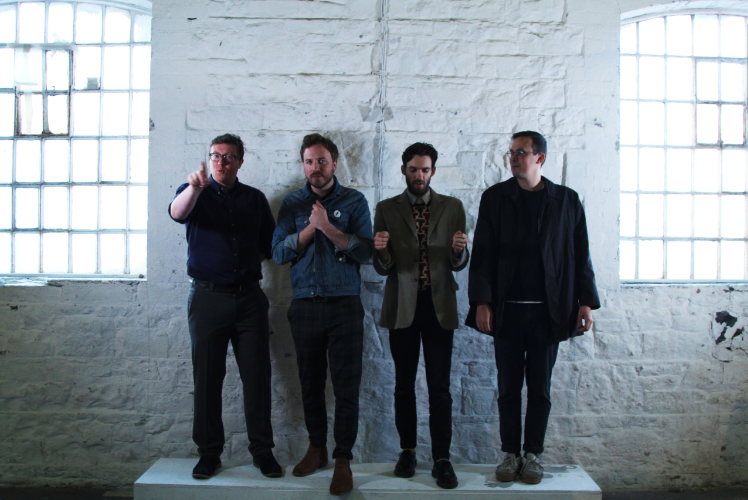