“B. Dolan has cursed me with repeating the same lines over and over again in my head since I met him. Come to Jamaica, Come to Dubai. Damn you, B. Dolan. Shit knocks” – EL-P

“In a perfect world, this is where hip hop would be.” – POP MATTERS.COM

‘Fallen House, Sunken City’, B. Dolan‘s 2010 debut offering on Strange Famous Records, was a monument to indie rap at a time when the music industry had all but abandoned it. Aggressive, booming and confrontational, the Providence native announced himself as a high powered presence on the mic. Dedicated to it’s vision and heedless to trends, ‘Fallen House’ was met with critical acclaim and cult status among fans, forecasting the resurgence of lyrically driven rap years ahead of it’s time.

It shouldn’t come as a surprise then that in the five years since, Dolan has largely ignored demand for a speedy follow-up and focused on building another ambitious, epic long player. A pair of mixtapes released in that time, ‘House of Bees vol. 2 & 3’, have given a growing army of devotees huge anthems (like ‘Film the Police,’ ‘Which Side Are You On?’ and ‘King Bee’), as well as tantalizing glimpses of what the emcee’s been building in there. Dolan‘s live shows have also become the stuff of legend; he once brought a 20 piece marching band overseas with him as backing; and has rocked over 500 shows internationally in the last decade (with acts like ATMOSPHERE, SAGE FRANCIS, and even hardcore bands CIRCLE TAKES THE SQUARE and UNITED NATIONS.)

The new record, ‘KILL THE WOLF’ arrives on July 10th 2015, and features a an eclectic and unlikely cast of collaborators including AESOP ROCK, BUCK 65, KATHLEEN STUBELEKof CIRCLE TAKES THE SQUARE, and the late DAVE LAMBof BROWN BIRD. The LP features production from ALIAS,CECIL OTTER (Doomtree), BUDDY PEACE and more. It would be easy for an album to go astray amid such varying styles, but Dolan stays in firm command as ‘KILL THE WOLF’s executive producer, utilizing and combining his guests’ talents in surprising ways, all while maintaining the foreground as a seasoned lyricist and songwriter. 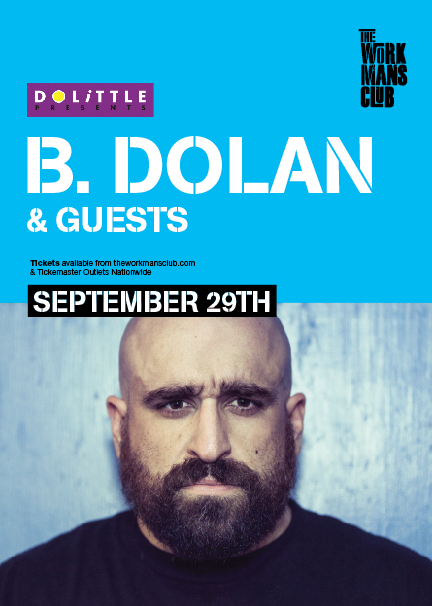