Barry McCormack has released six critically acclaimed albums since leaving Jubilee Allstars and is about to release Mean Time, his seventh. His songs have been described by The Handsome Family lyricist Rennie Sparks as ‘gritty short films that deeply and sensitively evoke the dark damp streets of modern Dublin’. RTE Culture has described him as ‘a proper Irish musical cult hero’.

Barry initially left the Allstars after the release of their second album Lights of the City (2001), which gained them some recognition as chroniclers of their hometown’s early boom years. The title track was described by the The Guardian as ‘probably the first great song explicitly written about the bittersweet effects of urban gentrification’.

His debut solo album, the stripped-down-to-the-bone We Drank Our Tears (2003), was critically lauded for its songs inspired by the Irish folk tradition. Hot Press called it ‘a melting pot of Brendan Behan, Bob Dylan and Shane MacGowan…McCormack has created an album of contemporary folk songs rooted in a tradition that goes back generations.’

The influence of the Dublin street-singing tradition, as well as his reading of local history, are apparent on Barry’s second record, Last Night, as I was Wandering (2006). ‘His city is a purgatorial stripmall facade of Nighttown’, said Hot Press, ‘populated by ghosts who walk: Kelly, Kavanagh, Behan, Dylan, MacGowan, the brothers Palace and Louvin and James Clarence Mangan.’ The record was included in Tony Clayton-Lea’s book ‘101 Irish Records You Must Hear Before You Die’.

His third record, Night Visiting (2008), was something of a departure in that the songs took on a rural feel in both setting and story. Inspired by local history, short stories and murder ballads, the Irish Independent called it, ‘Patrick McCabe put to music. And, just as in McCabe’s novels the macabre and hilarious often sit side by side’.

Small Mercies (2011) returned to the themes of Lights of the City, except the boomtown was now bust, and saw him playing with a full band again on a record that began his collaboration with producer Stephen Shannon. The Irish Times’ Brian Boyd called it ‘a wondrous affair…writing of a post-boom Dublin landscape that you only thought Phil Chevron capable of…a triumph’

His fifth album Cut Throat Lane was released in 2013 and garnered some great reviews. Tony Clayton-Lea gave it four stars in The Irish Times and remarked ‘there is surely not a better narrative lyricist in Ireland…brilliant’.

Barry’s sixth release The Tilt of the Earth (2016) was an ambitious meshing of folk storytelling with sounds and textures from the realms of Krautrock, Art rock and minimalism. Between the Bars blog said of it, ‘By the time we reach the closing track…there is a sense we have listened to something truly special. With ‘The Tilt of the Earth’ Barry McCormack has created one of the finest Irish albums of the last decade’.

Barry McCormack is about to release his seventh album Mean Time on his own label Hag’s Head.

‘[Last Night, as I was Wandering] is a purgatorial stripmall facade of Nightown, populated by ghosts who walk: Kelly, Kavanagh, Behan, Dylan, MacGowan, the brothers Palace and Louvin and James Clarence Mangan…here’s a body of song which understands that any port town is also a portal town, a hell door that admits all manner of strange sailors, strumpets and shape shifters.’ Hot Press ‘Timeless ballads from the dark side…the lyrics reveal a finely honed literary sensibility’ Evening Herald ‘You could imagine Shane MacGowan or Luke Kelly blasting out these songs and if that’s not a recommendation, we don’t know what is’ RTE Guide ‘As Tom Waits can pull off the adoption of a range of whiskey-soaked characters of all ages, so can McCormack.’ Capital Magazine ‘McCormack sings with a voice beyond his years… he pulls you into the story; and when you come out the other side, your emotions are scrubbed raw. Since Luke Kelly, this town has not produced many singers who do it so well.’ Foggy Notions 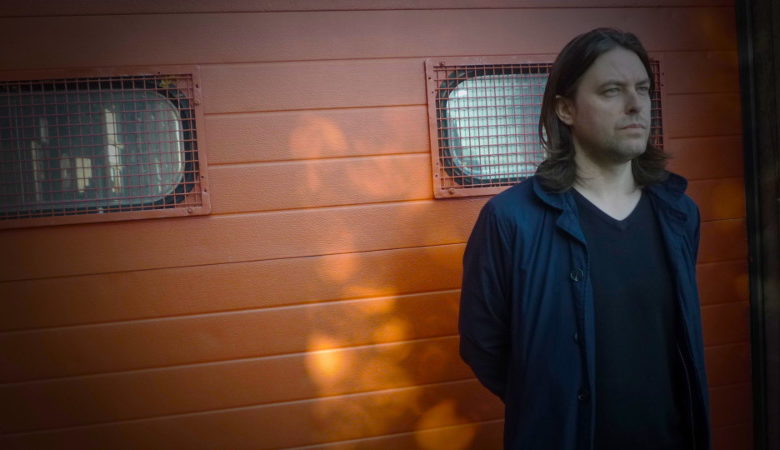