We are v v v excited to bring you this amazing co-headliner on Friday, 24 May at The Workman’s Club. Having just returned from Scandinavia, and after their European tour with The Magic Numbers, MORRISSEY & MARSHALL are coming home to play a string of dates, starting with their beloved hometown and favourite venue, The Workmans Club – co-headling with sensational new band, THE FAMILY DOG.

A few years ago, Darren Morrissey and Greg Marshall arrived in London from Dublin with two acoustic guitars and a headful of shared dreams. They set about hauling themselves up the hard way from the rough and tumble of street corner busking and open-mic nights to playing at some of the biggest and best venues and recording studios in the city. Now it’s all about to kick off with the release of their second album, We Rise, a hard-hitting, high-kicking, rock & roll band production that reflects this period of profound personal and musical growth.

They recorded their first album And So It Began (released in 2014) and its amazing successor We Rise with producer and drummer John Reynolds (Sinead O’Connor, Damien Dempsey). Morrissey & Marshall have spent the majority of their time in the capital honing and harnessing a range of classic musical influences to produce a live act and album of timeless pop-rock appeal. While their debut, And So It Began, won them plaudits as the finest pair of harmony singers to have emerged on the circuit for decades, Morrissey & Marshall have now upped their game with a new collection of songs to rival those of the very greatest groups. With its epic production and seamless combination of vocal, instrumental and songwriting prowess. The pair sing together with such close empathy and instinctive timing it is as though they have a telepathic connection, a reminder that there is more to close harmony singing than simply hitting the right notes. “Greg and I have lived it together,” Morrissey says. “Those harmonies are the result of pain and playing together. Half the time we haven’t even worked on them. There’s a chemistry and a bond between us that goes beyond music. We’ve gone through it all together.”

Now, meet THE FAMILY DOG – a miracle band of 5 brothers, by the surname of ‘Dogliani’, hailing from North London with Irish/Italian heritage. Fronted by the youngest, Hector (Aged 12), these incredible musicians and song writers are destined to change the face of music as we know it. Having grown up listening to a vast array of iconic influencers from Miles Davis to Steely Dan, The Family Dog have a sound and energy not dissimilar to the power of The Rolling Stones, that could and would captivate the crowds at the main stage at Glastonbury. They have an incredible catalogue of original songs with a classic, yet modern and raucous (and sometimes early Kings Of Leon) sound.

At the back of their sometimes chaotic, although always loving family home, the 5 brothers have spent years in their rehearsal-come-studio space known as ‘the box’, where they have written some of the finest music in decades. They have already received great press, and been heralded as the ‘the British Jackson 5’, as well as a large number of offers from top producers and labels across the world, which is astonishing considering they have only just recently started performing live and haven’t released one single song.

Special guest on the night comes in the shape of TOM McQ. “Tom McQ is without any doubt an important musical talent. A quiet national treasure of the Bob Dylan and Paul Simon mould. A voice of soul and grit, his unique lyrics and strong melodies will have you kicking yourself that you’d not heard him sooner. ” Yack Magazine

“Tom is a travelling troubadour, a wondering wordsmith. A busking Bard; the music is something that lives in him and he’s kind enough to share it with those around him.

He has enough material to happily play from dusk til dawn and every song is a masterwork.” – Matt Miles

For more information please contact Jenny @ We Are RedHead jenny@weareredhead.com

“they sound like the biggest band in Britain, in waiting.” – Arts Desk 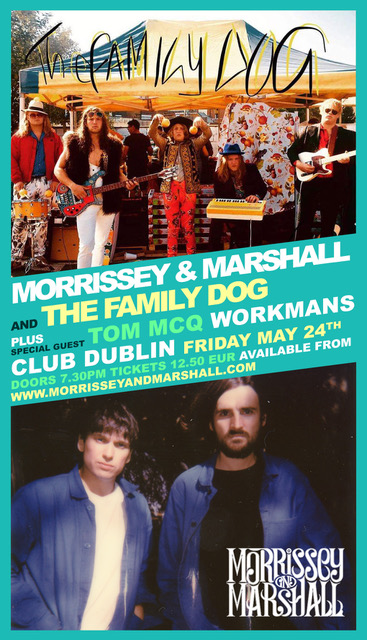