BRAKE LOOSE AT THE WORKMAN’S CELLAR

Based in Dublin, Ireland Brake Loose is a five-piece Hard Rock band with a fresh hard-hitting sound and a penchant for including provocative Spoken Word Poetry within songs.
Led and formed in 2019 by reckless Venezuelan frontman and poet Alex Murillo with his rough melodic tunes and theatrical vocal style. They’ve gigged extensively throughout Dublin, establishing themselves as a notable force on the Irish music scene. With Tico Pellegrino (guitar), David O’Grady (guitar), Eoin Madden (bass), and Johnny Krasuski (drums) they lay down madness dripping with head-banging grooves and electrifying solos. They released their debut single “Dublin Daze” as a music video in 2020, which was well-received online, driving the band forward. With this hype, they are currently crafting their debut EP. 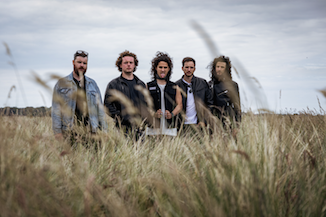