Chewing on Tinfoil are a 5 piece DIY punk band from Dublin, Ireland and they’re bringing their Good Friday celebrations back for the second year in a row!

Chewing on Tinfoil, AKA ‘the best band on planet Earth with the worst band name also on planet Earth’, would like to perform live renditions of musical arrangements to you, in exchange for the price of a ticket. They’re hoping to play an unnecessarily long setlist of old jams and then also loads of absolute bangers from our new album that they will hopefully be releasing at some stage in 2019, if they manage to get their collective heads out of their hole. 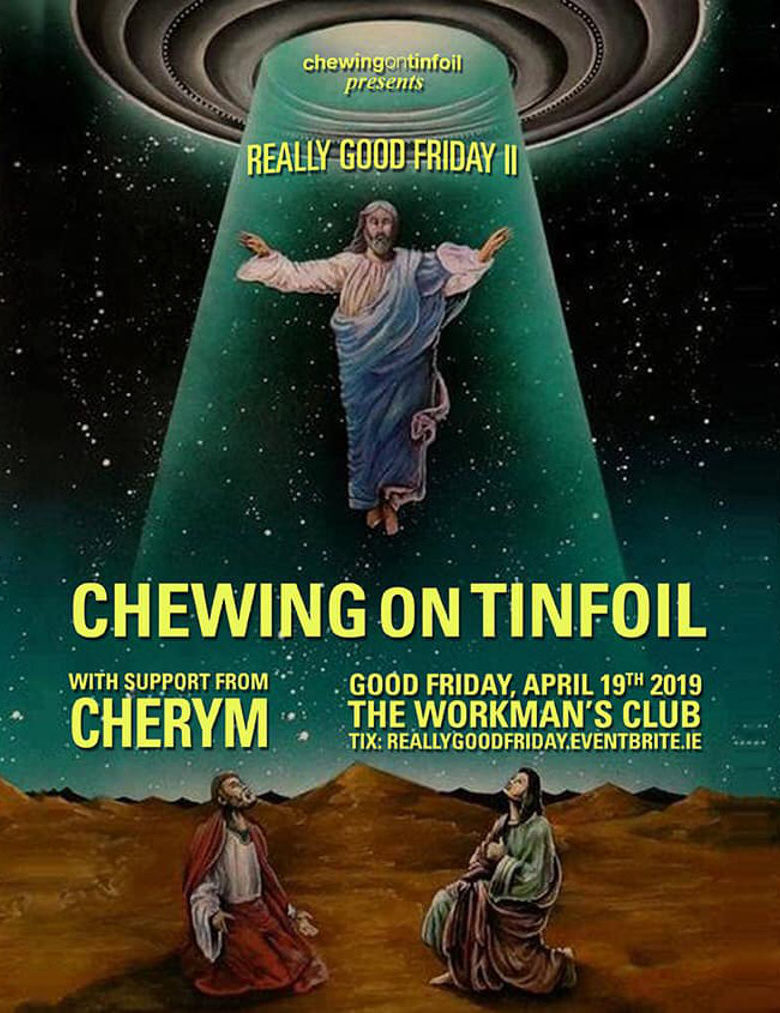