IN SUPPORT OF NEW MUSIC RELEASES

from Brooklyn, NY come together for a common purpose? A week of musical exploration and touring in

Byrne and Ink the Octopus bring city and country together: sharply crafted songwriting in heart-and-

Vermont in 2014. The three have been sharing engagements since. Raised in Amish country and a New

from Paris, France, and Strauss, born in Queens, are now residents of the Brooklyn music scene.

began a second career in music &amp; songwriting. Remy De Laroque started a career as a singer in the

French band Dyva, signed to the French Record Co. Carrere. He moved to NYC and collaborated with

Rebecca Martin and Rew in addition to promoting his own career. Dan Strauss is a connoisseur of

instruments who calls the recording studio his true home. He began learning piano as a boy by playing

Springsteen and Beatles songs, eventually taught himself guitar and began writing songs in his twenties.

Though they have always supported each other musically in New York City and Vermont. DeLaroque and

debut EP this summer. Byrne also released her first EP, Seed in May 2017, in a recording and release

party that included Strauss and DeLaroque.

Please get in touch with Clare at clare.s.byrne@gmail.com and Ink The Octopus at

theoctopusink@gmail.com for guest list, interviews, or promo copies of Seed and Ink The Octopus. 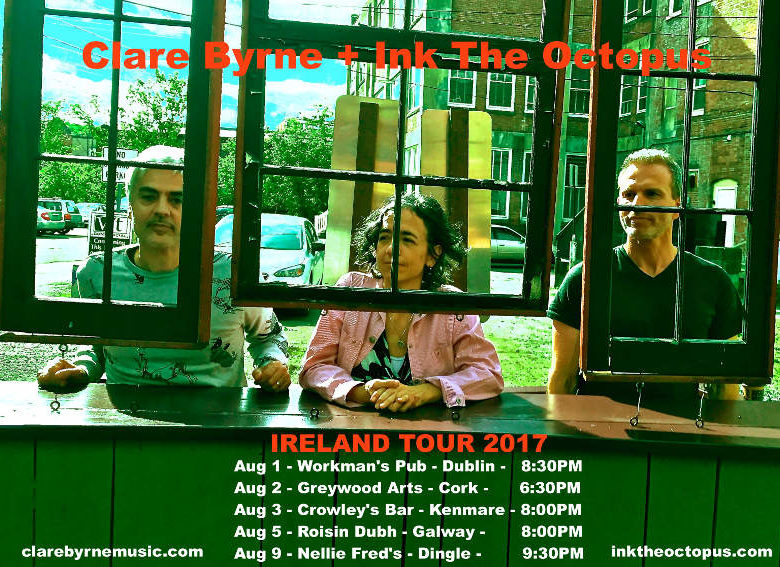